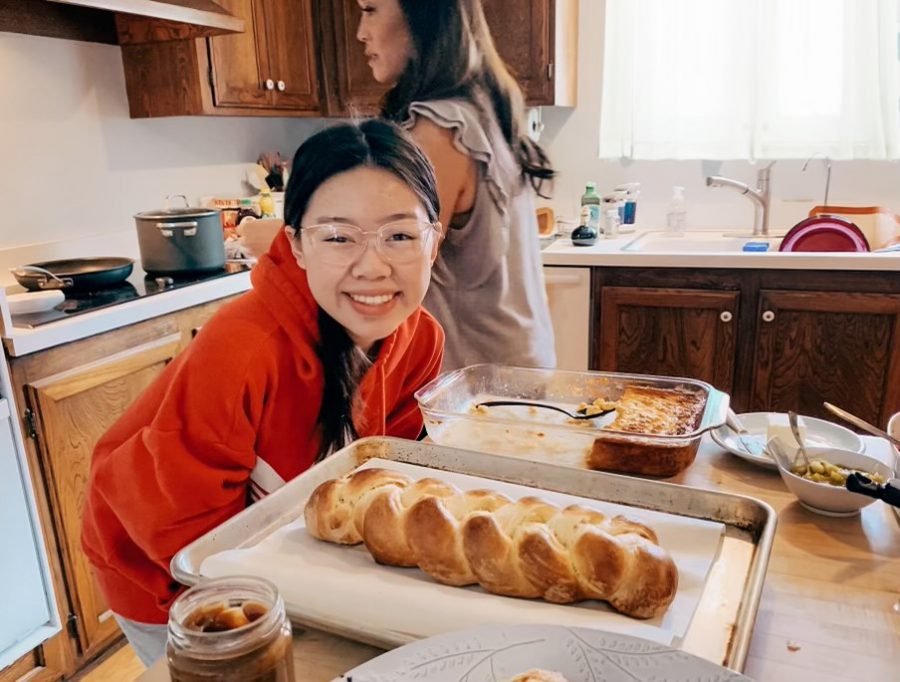 For senior Kacey Kimoto, it was initially all about the free food.
“I was sitting in the car one day with my mom and on the radio they were talking about how you can get a job as a food taste tester but the one requirement was that you have a degree in food science. From that point on I was like ‘I want to do food science.’”
Kimoto says the FUHS culinary arts program has been therapeutic and provided the initial steps towards her food-oriented career endeavors.
“Culinary gives me a break. It’s when I don’t have to focus on all of my academic classes,” Kimoto said. “It has been a stress relief where I can just focus on my cooking, improving my skills, having fun and eating.”

Although Kimoto missed out on many culinary competitions because of COVID, she participated in the California Pro Start competition through Zoom.
“There are four divisions and we competed in the hot dog and the cupcake division,” Kimoto said. “I had to create a cupcake idea, come up with a flavor idea, and plan everything out and get the recipe down and actually make it. I then had to film a video of me describing it and eating it.”
Kimoto will attend UC Davis which has the No. 2 food science program in the country. (Cornell is ranked No. 1.) She plans to major in Biochemistry and possibly minor in Chemistry.
“I’m really interested in current food development and how they are growing meat from the cell instead of growing the animal,” Kimoto said. “I think that is super cool, so that is what I want to do. You can also go into sensory analysis which is really cool, too. You can see how scents affect the brain and all that.”

Kimoto offers advice to students: “It’s important to know what you want and what you are working towards, the goal that you have. I would say don’t pay attention to what other people think of you. Focus on yourself, that’s what has gotten me through high school. Focusing on myself and knowing what I want and not caring about what other people think and simply striving to do better for myself.”