THE TRIBE TRIBUNE • May 19, 2021 • https://tribetribune.com/10229/arts/dancing-singing-acting-drive-fishelis-broadway-dream/ 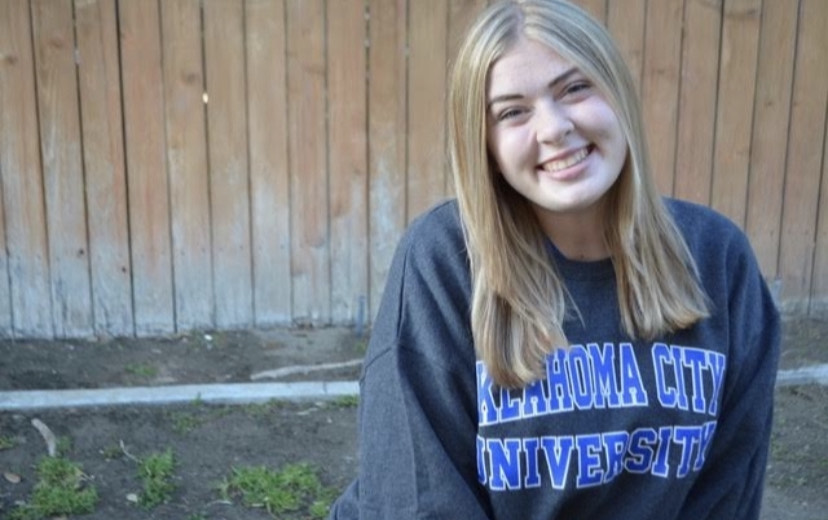 Like most performers, Brittany Fisheli’s junior and senior years turned out to be different because of COVID. She still managed to perform in several FUHS productions including Secret in the Wings, Cinderella, Angel Street, Cabaret, Love Sick, the Girl in the White Pinafore, and Matilda (up through final dress rehearsal when the show was canceled due to COVID).
“I think Matilda was my favorite because I was Ms. Honey,” she said. “I remember the first time we performed on stage with the orchestra and all the sets and the costumes. It was really cool being with my theater family so I was just like ‘yah, this is just a great feeling’.”

Fisheli is a true Triple Threat: through the FUHS Academy of the Arts, she has taken four years of dance, four years of choir and four years of theater classes.
Fisheli usually is at the top of the list during awards ceremonies. She’s earned honors through the California Educational Theater Association (CETA). She’s earned superiors for the Southern California Vocal Association contests. She just won a judges performance award for Fullerton Schools Got Talent. Fisheli was an Orange County Artist of the Year semi-finalist for both acting and vocal performance for the annual competition hosted by the Orange County Register.
She will take her talents to Oklahoma City University where she plans to earn a B.F.A. in Acting.
Fisheli’s current vocal coach, Melissa Lyons Caldretti, says Brittany has the talent and business savvy to make it as a professional performer.
“She has the business side of acting figured out,” Caldretti said. “She knows what’s expected and she does the work that has to be done without projecting any sorts of insecurities or procrastination. I don’t see that all the time.”
Caldretti says Brittany’s voice has a gorgeous tone.
“She gets a lot of comments on her beautiful vibrato,” Caldretti said. “What sets her apart is that warm mezzo voice that is just going to get better as she gets older.”
Brittany says she hopes to be on Broadway one day.
“I’m hoping to move to New York and start taking more classes and start auditioning in the professional world,” she said. “Even if it’s not on Broadway, maybe off Broadway just performing on a stage, that’s all I want to do.”
She’s open to other forms of performance, including television.
“I used to do television as a kid but then I got into musical theater and was like ‘I love it,’ but television is very different.”

Some of Brittany’s television work includes commercials for Yamaha and Coldwell Bank.
“I was on Henry Danger on Nickelodeon for two episodes. It was just like a featured background and I was one of Piper’s friends,” she said. “I used to do background so I was on Shake it Up and Parks and Recreation. I’ve done short films. I did a horror movie that was pretty cool called Dark Tapes.”
Brittany says sometimes people think performing is just fun when it’s actually a lot of work.
“It takes a lot of practice and a lot of private lessons because I have a private vocal coach and theater teachers and rehearsals and auditions,” she said. “It’s a lot of rejections, especially on Broadway. Whatever arts industry you name, there’s a lot of rejection so you just have to get used to being told ‘no’ a lot and you just have to keep going. That’s how it is you get a ‘yes.’ You keep working hard.”