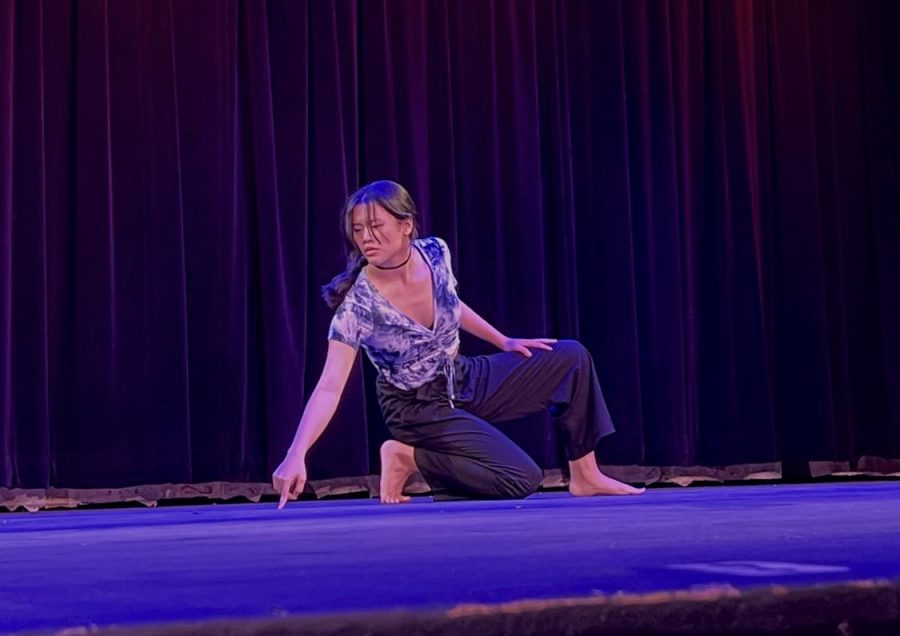 “I just wanted to do it to make more memories before I graduated,” Miranda said. “Somehow I passed the nominee section and made it to the semi-finals round and then finals.”

Despite her humble nature, Miranda is an accomplished and talented dancer. She has choreographed many dances for FUHS concerts, and her Dance Production teammates are the first to express just how talented she is.

“I always love Miranda’s dances,” Barber said. “They are always so good because she cares about every little detail. She makes these intricate movements which makes the dance look so clean. There’s also something about her dancing that makes it so you can’t stop watching. And she encourages that in everybody.”

At FUHS, the choreographers also teach their dance to the performers.

“I’m not a hip hop dancer, I grew up doing ballet,” Barber said. “But she takes the time to make sure every little intricate movement works. Then when you see it on stage you’re like ‘how does someone think of that?’ but she does it so easily.”

Miranda sees herself less as a teacher of hip hop and more as an instructor in specific movement.

“I don’t necessarily see myself as trying to help people understand the concept of hip hop. It’s more me helping people understand the movements,” Miranda said. “As dancers and choreographers, we understand that when we create a dance, we know exactly what we want our dance to look like. If I see something that needs work or that isn’t quite right, that’s why I’m there. I’m there to help.”

Miranda is well-versed in the movement of hip hop. She fell in love with it when she was young.

“I was very young and there was a song playing on the radio. It was a song by Drake,” Miranda said. “I just started busting some moves and my sister recorded it. Those upbeat songs never fail to get me excited.”

Though she didn’t start formal hip hop training until sixth grade when she joined a dance team, Miranda has always been a student of her sport.

“I would go on YouTube and search for dance instructional videos,” Miranda said. “Then I’d freestyle by myself at home.”

For the OC Artist of the Year competition, Miranda competed in the Street Dance category.

“Street dance is a very broad term,” Miranda said. “Some people use that term to refer to hip hop, but there are so many different styles of hip hop too. I have my own style of hip hop that I do personally and so do others.”

Miranda’s love of dance inspired her to continue dance after high school.

“While I’m not majoring or minoring in dance, I plan to continue to dance,” Miranda said. “I’ll join clubs and drive out to studios to take master classes. Dance is one of my passions and hobbies, so I don’t want it to end just because high school is ending.”

Miranda has committed to California State University, Fullerton and plans to study Business.