Torres to use speech skills as future lawyer 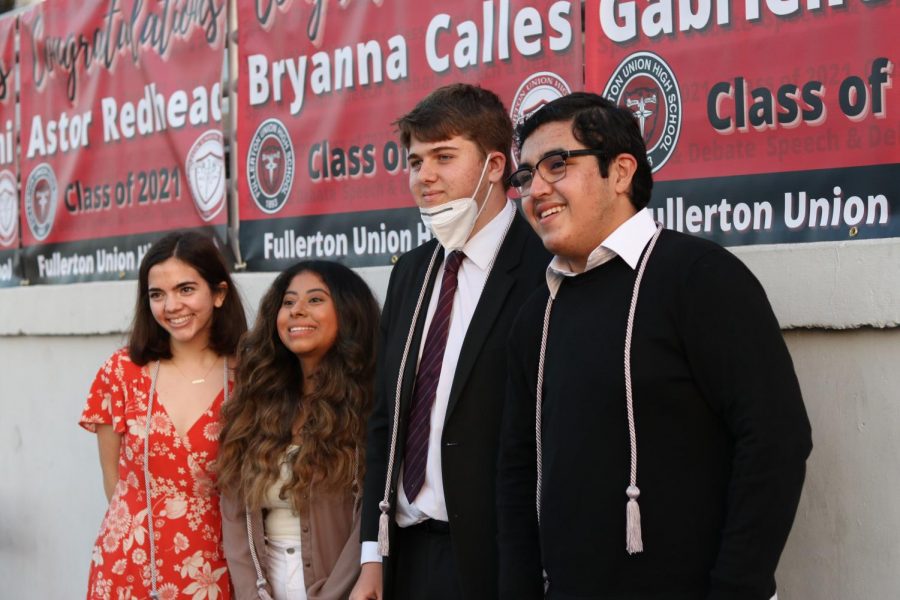 Senior Ben Torres credits his experiences in Speech and Debate for exposing him to world issues and for improving his communication skills. He plans to use those skills as he trains to become a lawyer at Occidental College in the fall. The school doesn’t have a speech and debate team, but Ben hopes to participate in its Mock Trial club.

Ben remembers freshman year when he was able to travel to Arizona with the FUHS Speech Team.

“I was really focused freshman year,” he said. “I practiced every day, I was super into it.”

His first speech was a memorized Ted Talk about gender inclusion in movies. Ben said it was valuable to present a speech with an important message rather than just something that showed memorization.

“So that too was pretty important as it had me learning as well as the audience,” he said.

Ben participated in oral interpretation and some extemporaneous events, but he realized his heart was in debate.

“So what we did was just read the news and talk about the news for the majority of the period which was awesome.” he said. “Public Forum debate was interesting to me because not only are you learning actual content about the news and what’s going on in the world but you’re always on your toes and you have to come up with everything on the spot within a matter of minutes.”

“It’s really fun, the topics are always weird or funky or something like that. It’s always things that you will know off the top of your head and then you have to write a case right then and there on the spot, which is also pretty fun. It keeps you on your toes, you’re always mentally engaged, you have to use critical thinking.”

Recent Parliamentary Debate topics include the issue of implementing universal food credit. In the past, there was a topic on immigration and open border policies.

“They’re always very polarizing topics in that you have to take the furthest side from each other and that’s fun as well because if I don’t agree with a point I’m arguing, then I always get the opportunity to learn so much more about something that I would have otherwise not cared about at all.”

Ben says that the motivation to succeed in speech has sometimes been a struggle because the team has had three coaches in four years. But his sophomore year, several students became unofficial leaders to keep the momentum going.

“That’s when everyone that really cared about the team started to take a leadership role, regardless of whether they were actually an elected officer,” he said. “I was just a sophomore, but I still could help out the freshman or even other sophomores because practices were almost cut in half. It was important to keep everyone on task.”