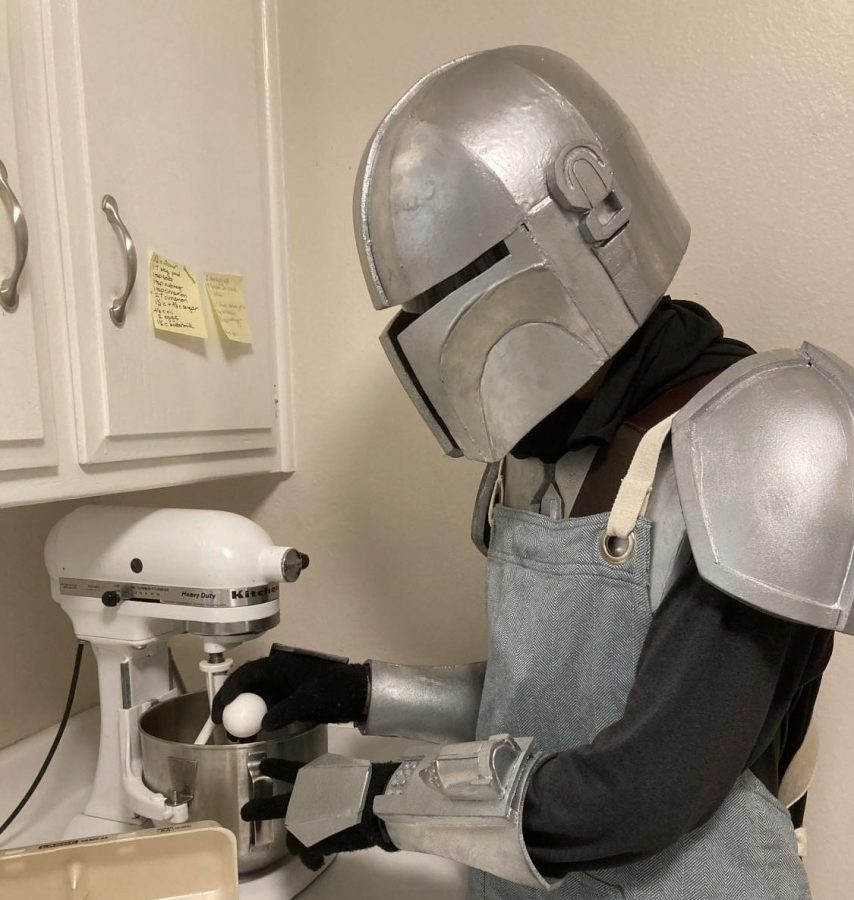 The American Scholastic Association was impressed with the Tribe Tribune’s creativity this year, especially with photos like this one depicting the baking frenzy during the pandemic.

Among the 20 schools participating in the 1,701-2,500 enrollment category, the Tribe Tribune was one of only three publications to earn a First Place with Special Merit award.

The judges were especially impressed with the students’ features on distance learning and mental health, as well as a satirical column on how the pandemic will influence college admissions.

Tribe Tribune adviser Kimberley Harris says there is a ton of work behind every story.

“Readers should try to picture the zoom call interviews, follow-up questions and transcriptions that were needed to build these stories,” Harris said.

Harris also is proud of her students for avoiding the ever-present selfie that filled most student newspaper websites this year. The Tribe Tribune’s photo variety earned them top honors.

2020 was a nightmare for photojournalists. Photographers mostly stayed home, but when they ventured out, their subjects wore masks. Photographers also hoped they had access to a turbo zoom lens during the pandemic because the days of moving in for a close-up were over.

Despite these challenges, the Fullerton online newspaper staff found creative ways to supply photos for every story.

“When the staff couldn’t safely take photos for a story, the reporters and editors had to coach the interviewees to take photos for us,” Harris said. “For example, feature editor Lynda Sambrano had to ask her interviewee Alexia Ocampo to take a picture of Alexia’s 4-year-old brother, but we couldn’t show his face due to privacy concerns. She had to be very specific in her request to get a photo that would work.”

The Tribe Tribune also earned the top award for website layout. Harris says she thinks the website looks good although she misses having vertical dominant photos on the homepage.

“Traditional newsprint papers allow for more variety in shapes and sizes for headlines and photos. An online paper requires that every story begin with a horizontal photo,” she said. “So, it looks consistent but maybe we can work on more variety for next year.”