Take control of your social media 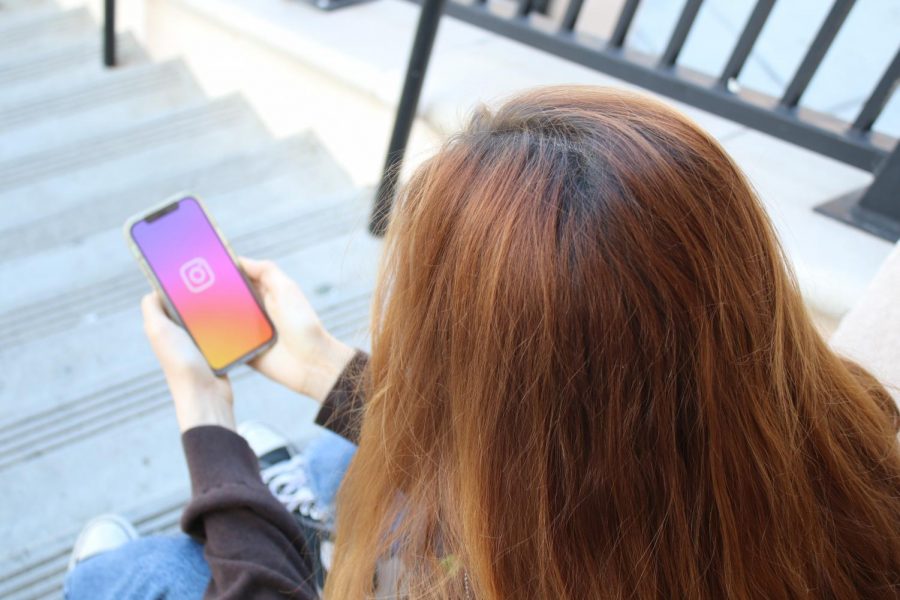 As someone who’s been actively participating in social media since age 9, I know the consequences of being exposed to harmful content. Learning about pornography, drug abuse and violence at a young age caused me to miss out on most of my childhood and lose my innocence.

I quickly learned how I should fit in with society’s beauty standards. By age 10, I changed my clothing style and attitude for the pleasure of others by wearing very revealing clothing and heavy makeup. I found myself getting in trouble at school: ditching class, breaking rules and following my peers. As if overnight, my entire persona changed. That sweet little girl who didn’t care what others thought of her faded. I found myself battling depression and anxiety.

Ironically, I reached for social media for help. I taught myself to push down feelings and block out pain by distracting myself with the happiness of others’ lives, daydreaming of what I could have but could never achieve. Obsessing over social media became my coping mechanism.

As years progressed it only got worse. As TikTok became more popular, I started seeing videos of people comparing their body types and their weight. I remember I would stare at myself in the mirror and wonder why my body wasn’t the same as that of the 20 year old on TikTok. I was 14 and still growing but I compared my body to grown women because after years of obsessing over Instagram models, I thought I was mature enough to look like a 20 year old.

Don’t get me wrong, social media can be positive and fun, but when you’re fixated on images on your phone, it leads to your downfall. I see so many people on TikTok posting dangerous things, commenting crude insults, and expressing their harmful mindsets just because they can. Eating disorders, drug abuse and self harm are traumatic things I see almost every day when I open the app, yet we all continue our addiction of returning to social media.

Recently, Frances Haugen, a former Facebook data scientist, leaked the information that the company knew about its harmful effects on teens. Politicians on both sides of the aisle expressed their concerns at recent Senate hearings, citing the algorithms Facebook uses to target teens’ insecurities. And, while the senators have our best interests in mind, questions like “Will you commit to ending finsta?” from 75-year-old Democrat Richard Blumenthal highlight how our lawmakers aren’t on the same page as teens.

Although the government might try to restrict younger age groups from using social media, it’ll likely be circumvented by tech-savvy teens. For example, the app Snapchat is supposed to be for people 17 and up, yet middle schoolers use it as their primary messaging app.

There’s no way to fix all of the issues with teens obsessed with social media, but implementing more security measures could help. Requiring age verification will show teens these are serious concerns. Although teens will likely find a way around the age limit, implementing these changes sooner rather than later could change the way people interact with social media.

We should also educate teens about the dangers instead of glamorizing social media. Post inspirational things and educate others on what the purpose of social media should be.

Taking breaks from the internet and reducing screen time has helped me feel more positive. When I first stopped looking at my phone so much, I felt overwhelming anxiety. I kept asking myself, “What if I’m missing something, what if this happens, what if…?” These “what if” questions only heightened my anxiety. In reality, we don’t need to know every detail of everyone’s life on the internet.

After I sat with my feelings for a while, it got easier. I felt a weight lifted from my shoulders. I felt free and in control of my mind and body. The pressure was gone and I started to feel like myself. Now, I try to limit screen time and focus on my friends and family who make me feel confident and loved.

Teens need to know social media doesn’t run them. You should control social media, not the other way around.