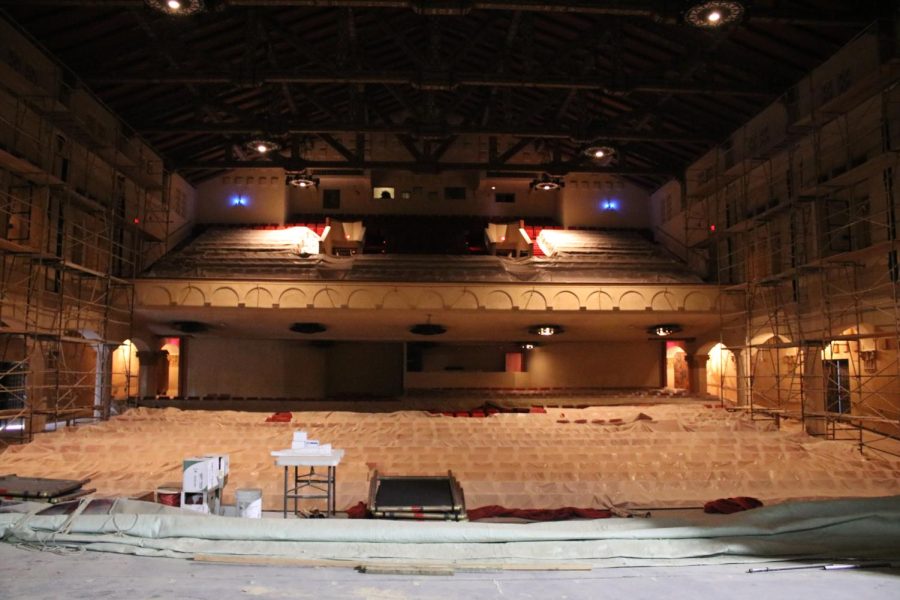 Crews hope to finish the auditorium's upgrades by June. Here is a recent look inside the auditorium from a performer's point of view.

Complying with COVID restrictions has made this a challenging year for most FUHS programs, but having the auditorium undergo necessary upgrades has made things even tougher for performing artists.

Because the auditorium is unavailable this year, the dance program hosted its performances at La Habra High School. Choir held its Winter Concert at Troy High School’s auditorium. Band opted for a Winter Concert outside in the quad. Theater students are rebuilding spring musical sets to fit in the smaller Little Theater.

However, Troy Shandy, the Construction Projects Manager for the Fullerton Joint Union High School District, would like to reassure community members that the construction crew is working diligently to ensure progress is running smoothly and the auditorium is becoming an earthquake safe, ADA inclusive building.

Shandy and his team have also been working closely with the Fullerton Heritage Society to make sure the original design and authenticity of the building are being preserved. A secondary lobby was made in order to maintain the intended look of the front of the building.

“When we went to do the retrofit we also had to include a component for adding ADA ramps. One of the designs had a ramp in the front and it basically destroyed the whole look of the stairs, and the Fullerton Heritage Society didn’t like that idea because this is a historic building,” Shandy said. “So that’s how we ended up building all the stuff on the side. This way we’ll provide access through there instead of tearing up the front. So that’s an example of trying to keep the historic element of the building and not alter it too much.”

Crews are working as carefully and as quickly as possible, but they are forced to pause in between tasks to wait for state approval to move onto the next phase. Shandy hopes the auditorium will be ready for use in June.