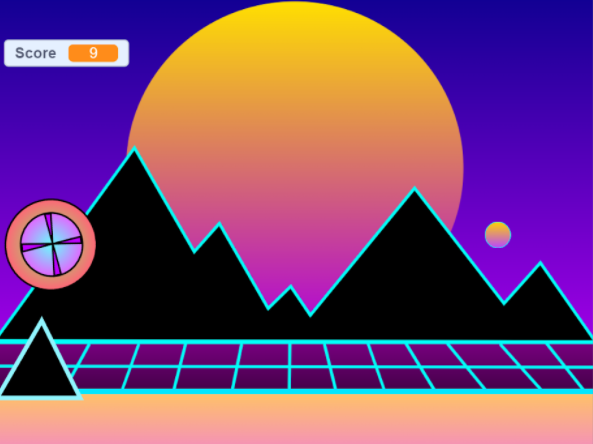 According to a recent U.S. News report, cybersecurity is the No. 1 job for pay and career growth in 2022. Software developer is No. 5. Whether it be in robotics, web design, programming, or computer engineering, tech industries offer pathways to successful and stable careers.

In other words, if you’re looking for real-world training, taking an FUHS computer class is a great start. It’s not too late to email a counselor to add computer science to your schedule.

“When I was in seventh grade, one of my friends bought this little computer piece called a Raspberry PI, which is like a brain for a robot,” he said. “It was 40 bucks and we just built it together. That was the first formal coding I did, and it just grew from there.”

Anderson first found out about Computer Science when he noticed it on a class signup sheet as a freshman. It didn’t take long for him to fall in love with the class.

“It’s always entertaining,” Anderson said. “It’s a big classroom with a small number of people, so you have a lot of space and your own desktop. Everyone has their own computers. It’s just nice.”

Instead of flashy performances, Computer Science programs emphasize creativity through personal coding projects, from robotics to web design. Even if you don’t know anything about coding, Computer Science is a great introduction to the subject that provides a low-stress environment to learn something new.

“It’s way easier than you think it is. And honestly, way more fun than I thought it was going to be,” Anderson said. “There’s still going to be assignments. You’re still going to have work, but it’s fun. Once you finish your daily work, whatever time you have left is yours to use on your own coding projects.”

Junior Michelle-Alicabar Munoz, an AP Computer Science student, says she appreciates Mr. Oliva’s approach to teaching the subject. “He’s really helpful if we need it, and he’s always supportive,” she said. “But he’s very adamant about going at your own pace and making sure you understand everything.”

Senior Drake Harris, a four-year Computer Science student, says Computer Science is one of the best classes he’s ever taken. “It’s a lot of thinking, problem-solving, and going back to what you previously learned,” Harris said. “It’s a good way to learn computer science skills that you could use in a job or in the real world.”

For incoming students, Harris recommends Intro to Computer Science, which offers students a chance to learn the basics of software and hardware. While the coding is simple, it teaches a broad understanding of how computers work and the skills required to take more challenging classes.

“You don’t necessarily code a lot in that class, but you learn the fundamentals,” he said. “Like making a robot go 50 feet forward, turn right, do a little spin, something like that.”

For those interested in a challenge, AP Computer Science Principles goes beyond the fundamentals of coding and allows students to take on more difficult assignments.

Harris has applied what he’s learned in class to his own projects outside of school. “I coded a fashion clothing website where you can buy, sell, and trade products,” he said. “Basic web design I learned in the class, like HTML, helped me produce the website for myself and my product.”

Harris plans to pursue his interest in Computer Science by going into the clothing industry after he graduates. He credits the class with helping him discover his interest in web design and coding.

“I had an idea for what I wanted to do in life, but I didn’t really know what career path I wanted to take or what paths were even available,” he said. “Mr. Oliva goes out and finds people within the computer science industry to talk to us and help us learn more about the industry.”

Harris says there’s value in taking a Computer Science course even if you don’t have experience with coding. “I would highly recommend it,” he said. “It’s good for problem-solving and thinking outside of the box. It’s good for the mind and is easy to apply to the real world.”

Harris recalls the most interesting thing he’s designed in Computer Science. “When we were learning software and hardware, we had to come up with a concept idea. My concept was a Bluetooth belt that could project music through a built-in speaker, based on the Mermaid Man belt from SpongeBob,” he said. “I wanted to be able to change the color of the logo of the belt, so I looked into how the software and hardware would work, how it would look, what materials I would use. It was a very fun and memorable project.”

Harris says his favorite thing about the class is the freedom it gives to students. “That’s the fun part of it. You have creative freedom with any project you do,” he said. “It’s not like other classes where you have to stick to this and you have to make that. For example, you have to make an app, but it could be whatever you want and you have a month to finish it. You can finish it in a week, or build up upon it, or finish it and go back and make changes. It’s entirely up to you.”

Students are required to take one year of life science (biology), and one year of physical science (physics, chemistry). However, Computer Science can satisfy a third year of science that many colleges are looking for. “Take computer science,” Harris said. “Especially with the world we’re growing into, technology skills are going to help you more than ever.”