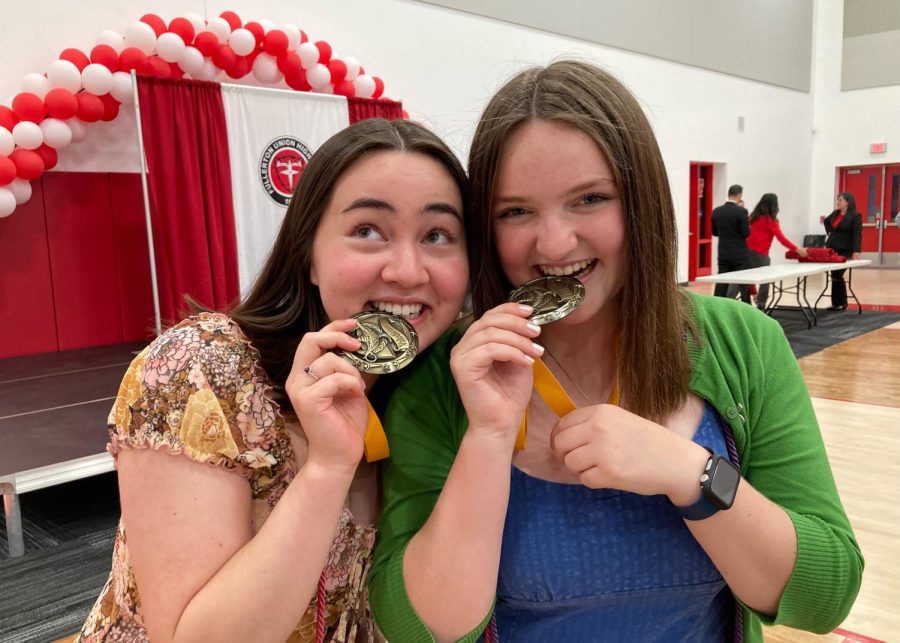 I’ve known Frances Walton since the third grade, when we argued over Taylor Swift songs in our after school Kidzone program at Hermosa Drive Elementary. Between birthday parties at the beach and multiple group projects that ended in tears, it’s safe to say we grew up together. Now, we’ll take on the last big milestone of high school–graduation–as co-valedictorians, a title I could not be prouder to share with Frances.

In junior high, we sang in the same choir and performed in the school musicals. Yes, we were theater kids. In the seventh grade, we put on Legally Blonde–I know, an odd choice for a middle school–where I was a sorority sister and Frances was a prep school girl turned (spoiler alert!) convicted felon.

We walked into yearbook our freshman year with zero expectations. Now, as seniors, we have produced three nationally-recognized yearbooks. Frances and I spent the last two years as editors-in-chief, cultivating a supportive community of yerds (yearbook nerds) who are creative and diligent. We leave our legacy in that yearbook classroom. Not to be dramatic or anything.

There is something extremely special about being friends with people for so long because you don’t need to explain yourself to them. Frances and I have experienced frustration and loss, joy and excitement. Most importantly, we have always been there for each other. I’m going to miss her a ton, but I am so excited for all she will accomplish at Scripps. And I’ll just be about an hour west at USC.

We still argue sometimes, but our discussions have evolved to current events and literary fiction. And occasionally Taylor Swift songs.