Demanding Respect is Not Up for Debate 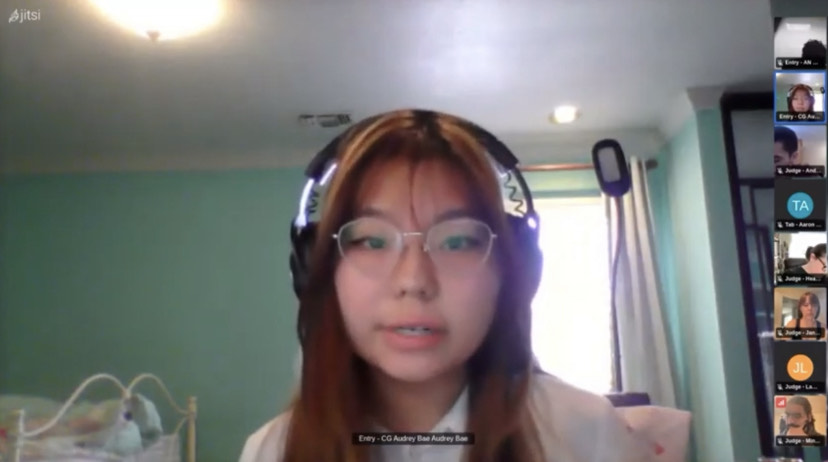 Sophomore Audrey Bae debated whether or not a free press should prioritize objectivity over advocacy at the CHSSA tournament on May 1. Bae captured the first place championship for her debate.

“Why is she being so f–ing emotional?”

While these comments look like they’re from a “BEN SHAPIRO DESTROYS ‘WOKE’ FEMINIST” YouTube video, they were actually posted in the live chat of the 2021 Tournament of Champions, the US’s most prestigious high school debate tournament. Eventually, the chat was removed from the live stream, but the damage had already been done. That misogyny is pervasive even in what should be a professional and educational atmosphere was proven by this round recording.

It is often believed that female debaters are on an equal playing field as male debaters. Some even claim that there are more benefits for women in the activity, such as added credibility when arguing about topics such as feminism. However, this assumption is massively flawed as it ignores the very benefactors of the debate system as it is right now. Additionally, the debate community’s round structures and culture have contributed to several gender inequalities in the competitive debate sphere.

One advantage male debaters have is their favorable impression in the eyes of judges. Several personal accounts from prominent female debaters in the community discuss the private comments judges will make, such as harsh criticism for being “overly aggressive” despite their male opponents or male debate partners maintaining similar levels of volume and firmness in the round. This is in part due to the scoring system for presentation and speaking skills, also known as “speaker points.” Many general expectations towards women bleed into judging for debate as well, such as the age-old “meek, nice, and soft-spoken” persona. Girls are supposed to be nice, delicate, and motherly, and most definitely not supposed to argue about the possibilities of nuclear warfare. As a result, female debaters will find themselves scoring significantly lower than their male counterparts in the area of so-called style.

Ishan Bhatt, one of the top high school debaters in the nation, also published an analysis of Lincoln Douglas debate tournaments in 2021 to prove these points. Overall, it was confirmed that female debaters received lower speaker points than their male counterparts on a significant statistical level over several years at major national tournaments.

Furthermore, the speaker point method of evaluation is finicky.  Some judges will add or subtract points for using song lyrics, a pop culture reference, or a meme, most of which have zero relation to the debate itself. Several judging tutorials also have their own beliefs about a “good score,” so there is no collectively accepted metric. While subjectivity is required to some extent when it comes to judging presentation skills, the variance in judging standards can be a result of underlying misogyny as well. This is especially alarming considering that a decimal difference could result in one team passing preliminary rounds and another unable to.

Sexism rooted in the debate community comes from two sources: the overall debate culture and scoring systems. Several ideas have been brought up to amend such issues on a systemic level, many suggesting that the speaker point should be thrown out altogether due to its subjective and ambiguous nature.

But there is no easy solution for sexism present in debate culture since that would require a long-term shift to incorporating more diversity in debate teams, where individual teams will have those responsibilities. Given that debate has always been a male-dominated activity, this means that the majority of coaches and upperclassmen are also male, often fueling a gender-exclusive cycle. However, some schools such as Fairmont Preparatory have been trying to ensure there is a more prominent female voice by establishing female leadership on their debate teams. YouTube channels that upload recordings of debate rounds like PF Videos have been recruiting members to scout for videos of more female debaters to bolster representation, especially after resurfacing complaints that the majority of recordings were male debaters.

Considering that about half of the active debaters in our school are female, there have been plenty of informal discussions voicing concerns about the debate culture. Many worry about how our female debaters will be treated in person, especially since all team members have competed strictly online and their full bodies, including attire, will be visible. Such prejudices have already been faced by our female debaters, despite their faces and voices being the only thing shown on camera.

The harsh truth is that the majority of the Tournament of Champions live stream’s sexist comments, if not all, were written by other high schoolers participating in debate. It is terrifying to know that people our age are saying such horrific things in what should be a safe, inclusive space for all students. And while the live chat was removed in the end, it’s a tiny step taken far too late. We need strong, intelligent women who are capable of debate to make societal change, but that cannot happen without bigger steps to fight against sexism in education.

I shouldn’t have to fight for equality in the debate space. However, in a community where my peers try to silence my voice, I will be an overly emotional, hyper aggressive b–tch to show those who have been beaten down that winning means not conforming to another’s idea of what it means to be a woman.

Judge us by how well we debate, not by the color of our hair.