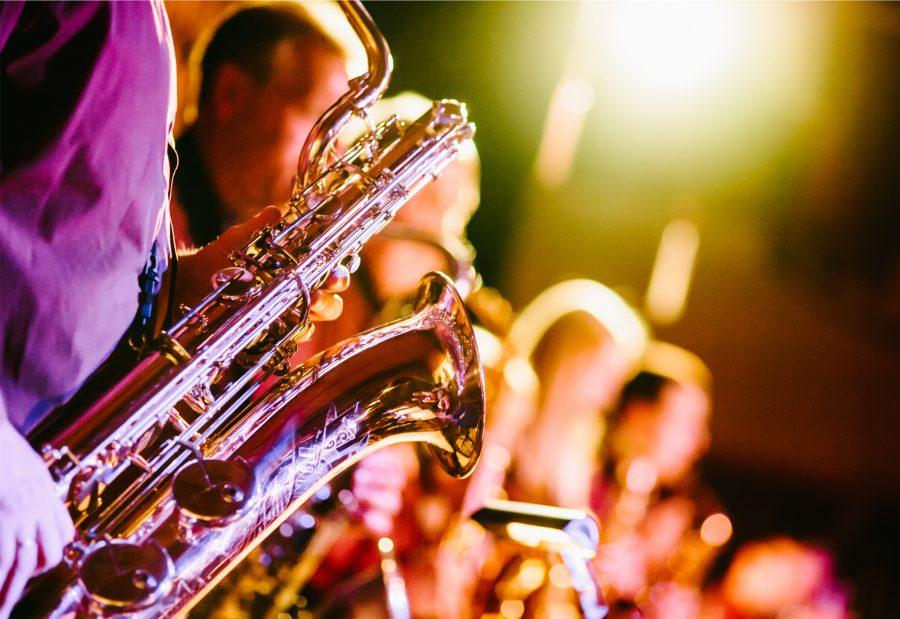 After dealing with some complications with the Plummer Auditorium, Fullerton Union High School’s instrumental music program will host their annual winter concert on Dec. 12, despite a last minute date change. 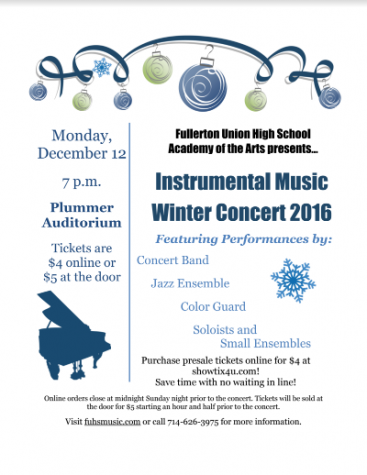 y December, the program puts on a holiday show, featuring each of the program’s ensembles: concert band, jazz band, color guard and some separate solos and groups.

This year, the school district had the Performing Arts programs submit online forms to Plummer to book their concert, instead of physically handing in paper forms.

The issue was hazy, but ultimately all the events submitted by the Instrumental Music and two of the Theater’s programs disappeared.  This meant that the day requested for the instrumental music concert was no longer reserved and the performance date had to be changed.

Junior Jamie Hoffman, a trumpet and french horn player, remained calm at the news. “It’s changed, and I’ve come to accept it.”  The music program definitely received the unexpected, but they still found a way to insure that the concert would take place before the holidays.

“We always get it done. We always go with the flow. It’s what we do,” Hoffman said.

Make sure to support the music program by coming to Plummer Auditorium tonight at 7 p.m. Tickets are sold at the door for $5.

Correction: Only two of the Theater programs were cancelled, not half.