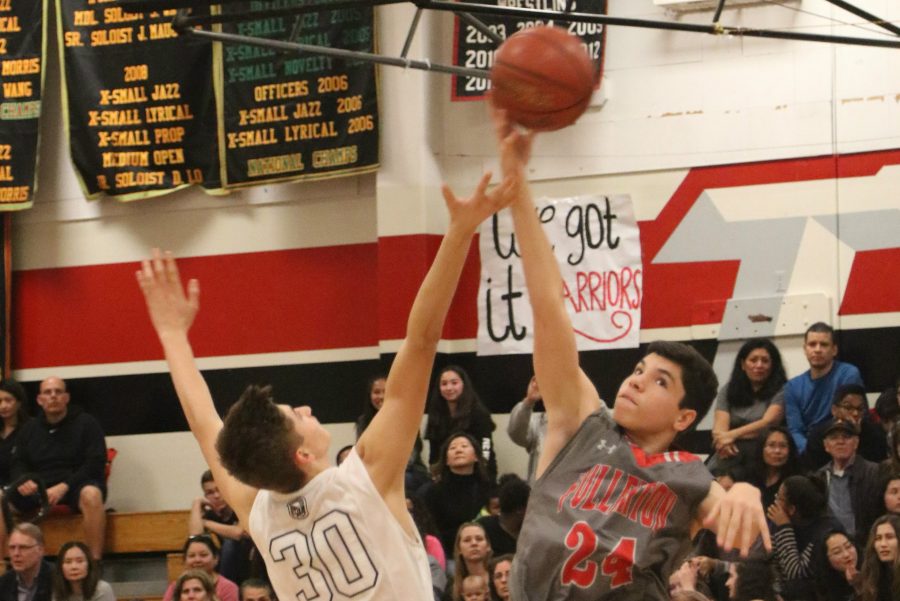 The game started off slow for the Indians, down 7-0 in the opening minutes; with 3 minutes left to go in the second quarter Fullerton was down 26-10.

However, The Indians fought back and cut the deficit to only five points, with a score of 26-21 at halftime.

Going into the fourth quarter Fullerton was ahead, but a late push by Troy made the game close. Fullerton managed to pull away with a 57-53 win.

Sophomore Stone Sinek scored 24 points for the Indians. When asked what this meant for the future Sinek said, “This win means we can get more. We got one, so we can definitely build off this for the future.”

“When the game ended I was just so happy and excited that we finally beat them,” Bush said. “I played my whole entire high school career without beating them so this definitely felt good.”

This was Fullerton’s first league win this season and it came in good fashion as a defeat against their biggest rival.