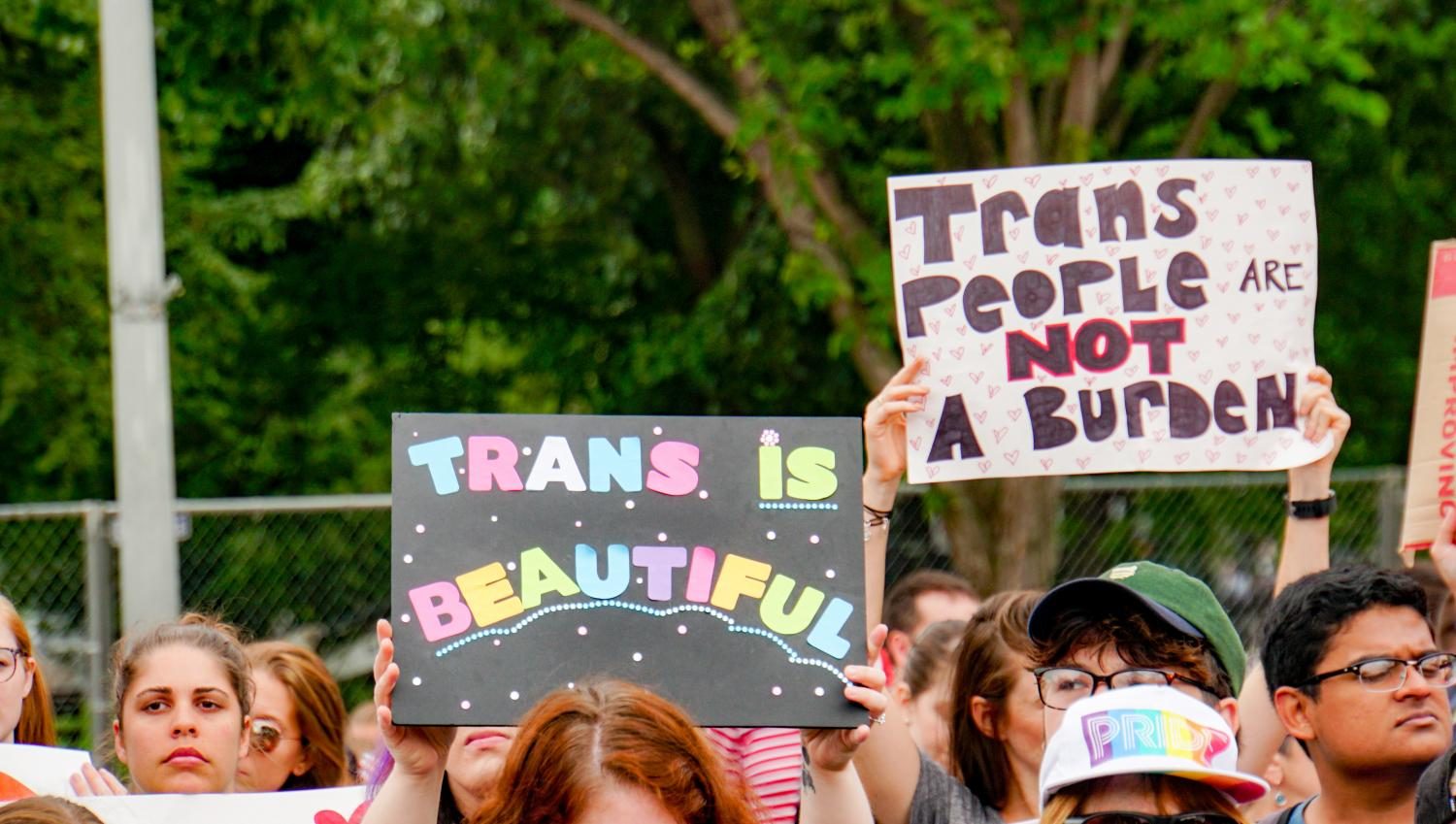 On July 26, 2017 President Donald Trump released a tweet announcing that transgender individuals will no longer be permitted to serve in the United States Armed Forces. Stalled by the Pentagon, this ban will come into effect next year on March 23, 2018.

President Trump justifies this motion by claiming that the military “cannot be burdened with the tremendous medical costs and disruption that transgender in the military would entail.” The transphobic undertones behind this ban promote bigotry within this country on a national level.

With military training centers encompassing broad land borders, entering the armed forces brings together people of many backgrounds and beliefs. Due to their camaraderie and common goal of serving the country, bigoted hearts are often suppressed by the majority.

However when the President, who is supposed to act as a role model and leader to this country permits and enforces discrimination, it promotes this type of hate nationwide. Through this ban, President Trump sends the message that transphobia is justifiable and acceptable.

FUHS’s JROTC Colonel Mike Albertson showed his disapproval for the transphobic nature of the ban.

“Donald Trump’s ad hoc ‘announcement-by-tweet’ that transgender individuals would be barred from the US military was both wrong and sad,” said Albertson. “The reason I find the tweet from our President, our Commander-in-Chief, so sad and depressing, is because it can lead to a feeling in the ranks that it is ‘OK’ to discriminate and that it can serve to ‘legitimize’ prejudice and even hate.”

Junior Tate Heinle is a member of the transgender community, and expressed his reaction when he saw the tweet for the first time.

Additionally, the aforementioned “medical costs” which President Trump hopes to mitigate through this ban will have little to no impact.

Albertson disclosed his own experience regarding the importance of diversity among the armed forces.

“After the Gulf War and the Invasion of Iraq, I noticed real sincerity from people when they offered a hand to shake and said ‘thank you for your service,’” Albertson said. “But what is even more important is when those service members from all backgrounds return home and take off the uniform, there should be no confusion over whether every one of them is respected and valued. In my experience, there is no place for groups that fuel bigotry and hate towards anyone.”

Heinle conveyed his own feelings towards the ban’s effect on transgender people who had hoped to join the armed forces.

“I think [the ban] is going to cause a lot of lost souls,” Heinle said.  “They’re not going to know what they want to do…now they have to rethink their whole life. I think it’s going to be a little hard for a while, but we are going to get through it.”

Heinle also mentions how he feels the transgender community is more oppressed under Trump’s administration.

“I feel like I’m more targeted because he’s brought about hate to my people,” Heinle said. “That’s a weird subject, my people. He’s made it a lot weirder to be who I am, rather than Obama who brought about all this time of peace and acceptance. He’s just ruined all of it.”

This ban is completely unpatriotic and disrespectful to a large community of people.

Though it only affects transgender soldiers, all U.S citizens need to stand with these people and stand up for their rights. As Americans, we are strong and will be able to make change.

Albertson defines what he believes to be the strength of our American forces.

“The strength of the military is not defined by weapons, ships, or tanks,” Albertson said. “It’s defined by the people who serve. Those Americans who do serve are defined by their diversity. Our volunteer military is the most diverse, the most representative organization in our Federal Government, and it should provide the most opportunities for all Americans.”

All Americans, no matter our race, sexuality, or gender identity, deserve to have an equal opportunity to serve our country. This is social injustice and not allowing a group of people from serving in the military is not only dictatorial, but also a disservice to the entire military and country.

By excluding an entire group of people, they, and all their potential talents, become lost.

The fundamental values of the United States is rooted in the equality of our people, and the ban against transgender soldiers is against our principles as Americans.