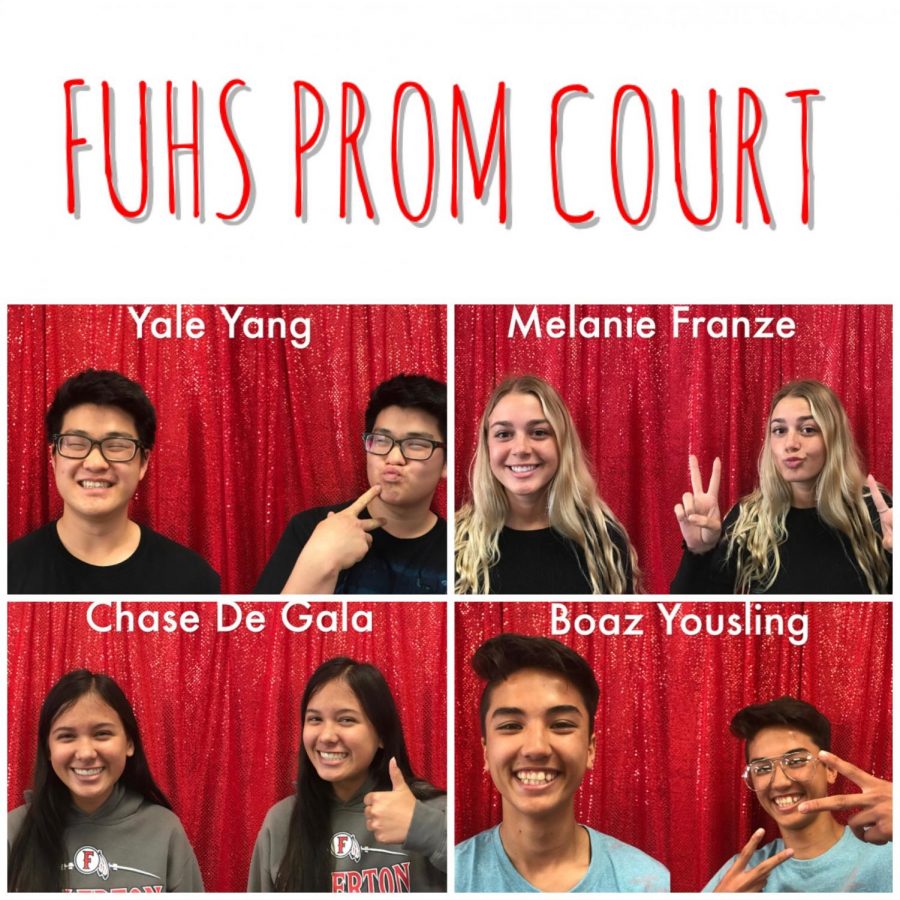 Shown above is the 2018 prom court. Photo courtesy of ASB.

Most of the court was surprised that their peers voted for them.

“It was really cool to be crowned,” Franze said. “I wasn’t expecting it.”

To be crowned a member of prom court was gratifying and the court appreciated the peer recognition.

“Standing in front of everyone and actually being crowned king was kind of flattering,” Yang said. “People were super supportive.”

Yang, Franze, Yousling and de Gala said that they appreciated winning prom court, but they also enjoyed the other aspects of the dance.

“My favorite part of the dance was being with friends and walking around enjoying the venue,” de Gala said.

At prom, there was karaoke and a photobooth that made prom more fun for many of the students.

“Just being able to take pictures with friends at a fun venue was really nice,” Yousling said.

Along with the activities, prom was a bonding experience for all of the students.

“This prom was different than any other dance because there was a sense of Fullerton High School community,” Yang said.

Students were brought together at prom and are looking forward to future school dances that will help them strengthen their connections.