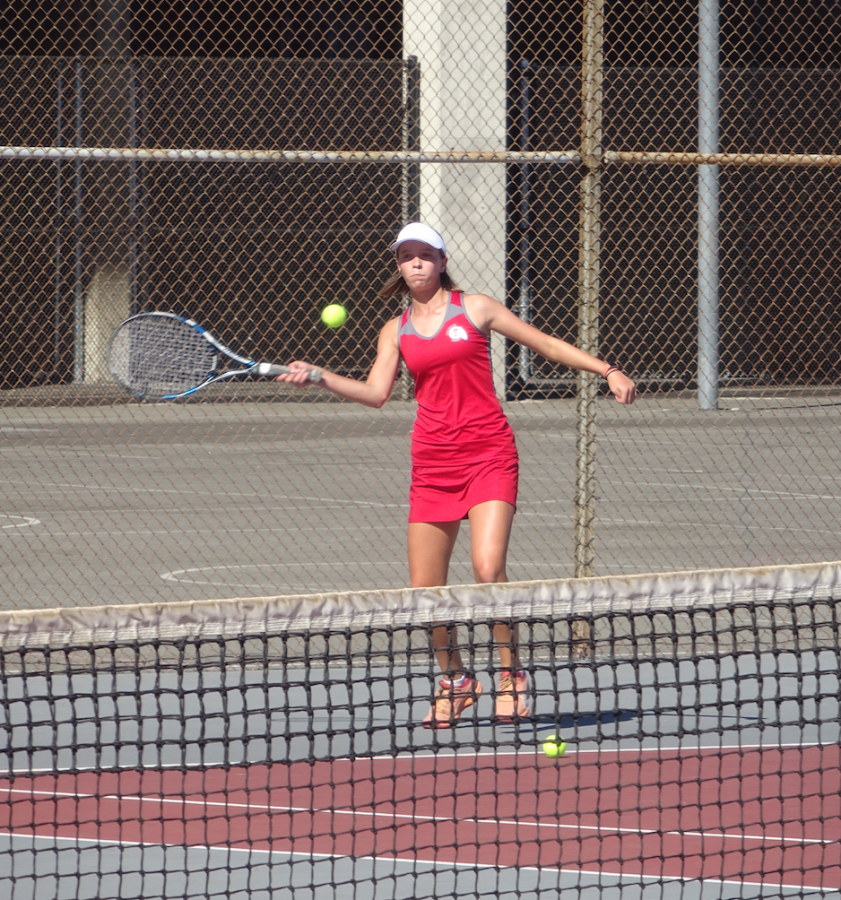 Eliza Lynch launching the ball during a match

For freshman Eliza Lynch, playing varsity tennis allows her to improve at a sport she loves.

Lynch faced a lot of pressure during her preseason match against El Dorado.

“We weren’t really expecting to win because El Dorado has a really good tennis team and we didn’t win,” Lynch said. “I actually ended up winning [my match]. It was a really close tiebreaker, but I won by two points, so it was really exciting for me.”

Even though being on varsity as a freshman can be scary, Lynch has a positive outlook.

“It’s a little nerve wracking because I hadn’t played any matches before,” Lynch said. “But it’s just like playing a game. There’s no advantage if you are older, so it isn’t terribly scary.”

Though a freshman workload can be light, varsity tennis takes up much time.

“I have practice until 4:30,” Lynch said. “After practice, I try to get my homework done as fast as possible so that I can go to sleep on time and even try to practice tennis at home.”

As she continues her high school career, Lynch has many goals for her four years at FUHS.

“Academically, I want to go to college and get all A’s,” Lynch said. “For tennis I am hoping to play all 4 years of high school. I want to improve and maybe even play in college.”

Lynch continues to strive for success in both academics and athletics.