Tribe Time: Bring it back? 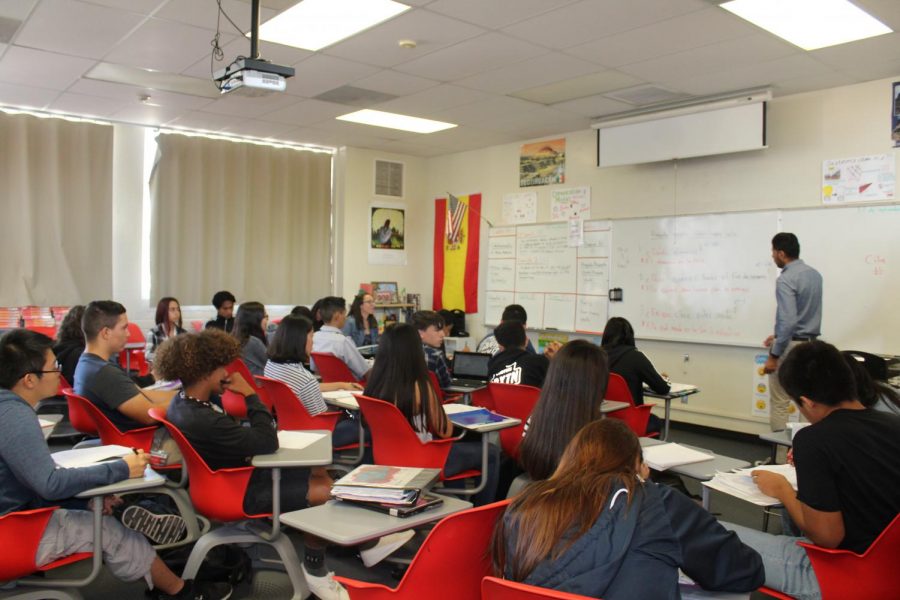 As a junior, I’ve only heard stories and folktales from the senior class of their beautiful long-lunch days. They reminisce of their luxurious Fridays, rather than lunch ending in the blink of an eye. What they forget to mention is the reason why long lunch was possible–Tribe Time.

Tribe Time was a program FUHS implemented to try to boost students’ grades. At the time the program began, 60% of the student population had at least one D or F. Tribe Time added an extra 30 minutes into the schedule where students were assigned a teacher and classroom, with the opportunity to retake tests, ask questions, and get help on homework from teachers and administrators.

Counselor Erin DeFries, one of the administrators who helped plan the Tribe Time, explains that there was a deeper benefit of the program that went beyond grade point averages.

“Tribe Time gave everyone an opportunity to connect to an adult on the campus, and students got to see a different side of the teachers and see the adults on campus in a different light so they can connect with them more,” DeFries said. “Even counselors had their own Tribe Time; I had a group of 25 kids. I got to know them, checked their grades, helped them on work, and the students helped each other. It was a good thing.”

Tribe Time administrators were not seeing the grade improvement they expected, so for the second year, they decided to adjust Tribe Time so all students had an extra class period instead of only those who had a D or F.

This sparked backlash within the student body, who felt as if they were being punished. Along with student discontent, there was pushback from the teachers who saw Tribe Time as an extra class they were obliged to advise. The teachers then voted to end the program.

“It didn’t work. As a teacher, I can’t explain it. It should’ve worked. Students should’ve gotten a huge increase in grades,” said Mr. Mark Henderson, one of the teachers who helped administer the program.

“The students resisted, and many of [them] hated it. I’m not talking about the students that got the free long lunch, they loved that. The kids in it–we did not see that we were dramatically changing their grades, which it should have been doing. Similar programs work on other campuses, but it just didn’t work here.”

Now, here is the big question: Should we bring Tribe Time back to Fullerton?

Many students would like to see Tribe Time return, mostly for the purpose of reviving long lunch. Senior Chloe Reese, who experienced the program as a freshman, sees the benefits of the program that went beyond the hour-long lunch on Fridays.

“It would allow you to get stuff done that has a harsh deadline and not have to worry about it later at night. And it gives students extra time to study,” Reese said. “Additionally, it would be helpful for seniors who are struggling with applying to college and would give them time to talk to their counselors and get application and scholarship information.”

If FUHS was to bring back Tribe Time, the administration would need to adjust the way the program is administered to ensure more success.

“I think it would be cool to incorporate some things that are out of the box, like what if one of the Tribe Times you could go do 25 minutes of yoga on the lawn? That would be super fun and I feel kids would be open to try it,” DeFries said.

Although the program didn’t work the first time, there is a possibility that it could work if the program was revised and readjusted to solve its initial problems.

Reviving Tribe Time would not only allow students to finish their work and improve their grades, but also allow them to create bonds with teachers they might not have met otherwise, strengthening our overall connection to the Tribe.