Speech and Debate participate in their first tournament of the year 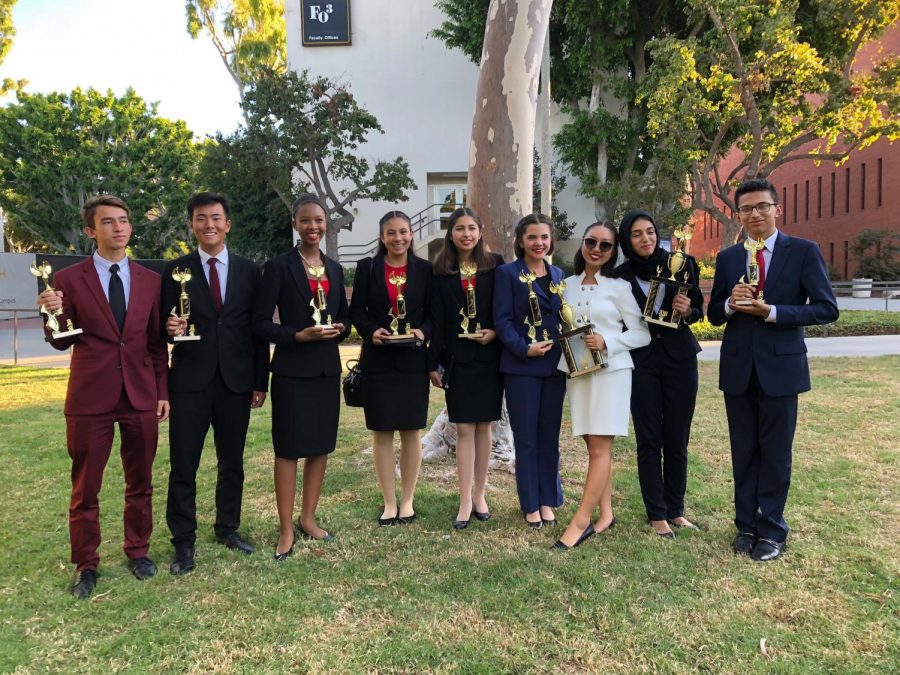 The FUHS Speech and Debate team participated in the Jack Howe Memorial tournament in Long Beach the weekend of Sept. 22-23.

Typically, the competition at this tournament includes teams all over California, plus teams from Arizona, Nevada and Oregon.

“I know that we’ve been working really hard,” said senior Lizzy Renteria before the competition. “I think it will go well if we really focus and pay attention to what’s going on around us.”

“We went into the tournament with not a lot of experience in the event,” Pace said. “I had hope that we would succeed eventually, but I didn’t know it would come as soon as it did.”

The team puts a lot of effort into their performance. Part of their hard work includes training new members of the team. Platon has participated in and benefited from the team’s mentee/mentor program.

“Younger members of the team are paired with older members so they can pass on their knowledge and provide some coaching. That way, our tradition continues,” Platon said.

Speech and Debate is rewarding despite the heavy workload.

“It’s a lot of work. Everyone on the team can vouch for that,” Kim said. “But at the end of the day it’s worth it.”

The FUHS Speech and Debate team has a lot of spirit, heart, and passion.

“I really like that we are able to trust each other and the amount of heart that everyone on the team has,” Renteria said. “I also really like the work ethic. It’s all about heart.”

The trust, spirit, and heart of Speech and Debate are not the only unique characteristics of the team. They also have a very close bond.

“Something that definitely separates our team from other teams is the sense of family that we have,” Platon said. “I think that is definitely my favorite part of the program. There’s a lot of comraderie on the team and a lot of support for each other.”