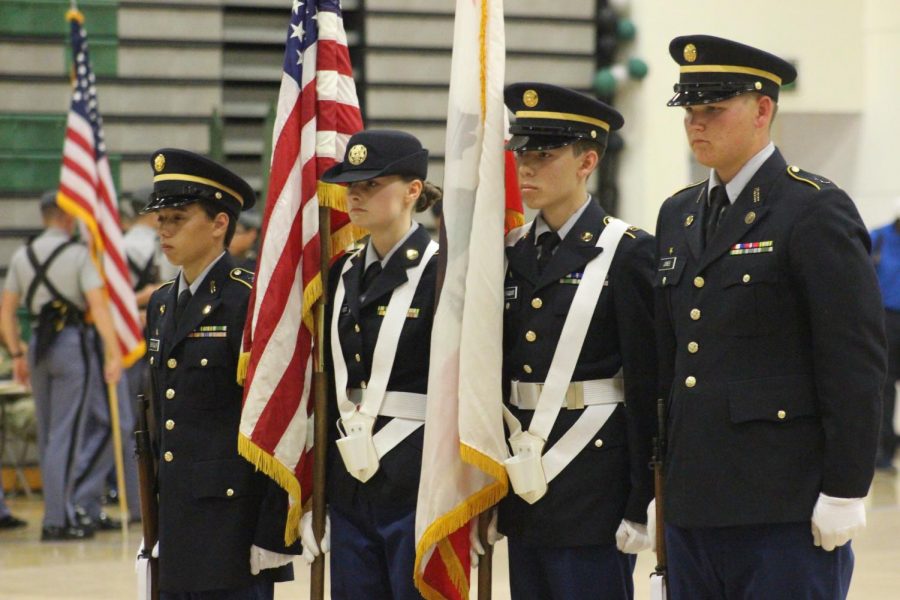 At Kaiser High School in Fontana, our JROTC took home first place in varsity and second place in novice at their color guard competition on Oct. 27.

Junior Seth Bergquist competed in the competition and is proud of how well the team did.

“[The judges] said we were sharp with our movements, our steps were on point, we were all synchronized, and he compared us to the guys that march at the Tomb of the Unknown Soldier as far as our marching goes,” Bergquist said.

The Tomb of the Unknown Soldier is a service held for U.S. service members who had died without being identified.

Many hours of hard work were put in by JROTC for this competition, and because they were a returning team, so they had confidence as they went into the competition.

Bergquist is excited to be challenged as harsher competitions come, and he hopes to place in them as well.

“I hope for harder competitions that we will be able to place,” Bergquist said. “There is one competition in the end of the year called Golden Bear and forty plus schools compete, and I don’t think that we ever brought anything home from that competition, so I hope that we can change that this year.”

Congratulations to JROTC on their recent victory and many more to come!