My Tribe: Will Hollon 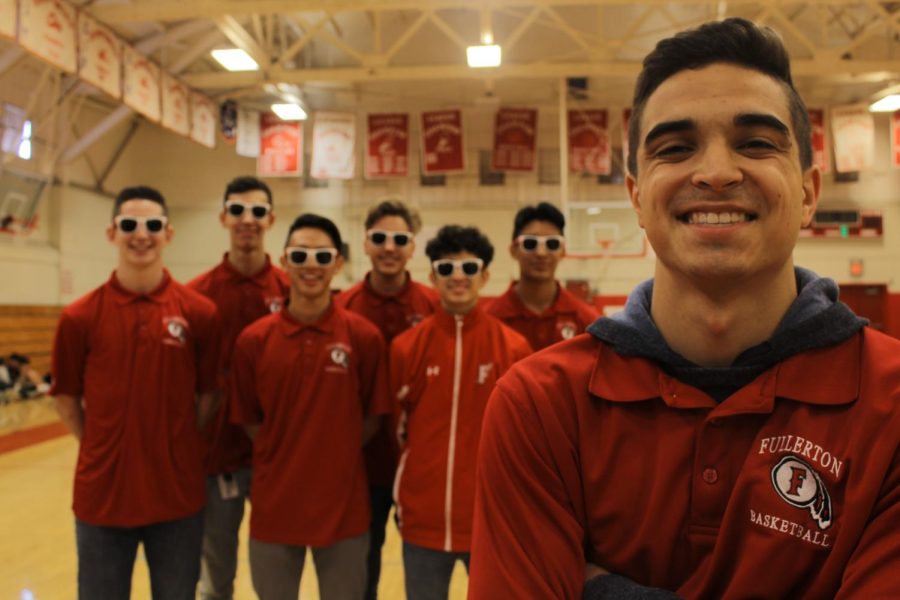 Senior Will Hollon, a point-guard for the FUHS boys basketball team, has always had a love for sports.

“My dad is the one who introduced us to sports at a young age, and basketball was the sport I became interested in,” Hollon said. “I’ve been playing basketball since 3rd grade.”

Hollon’s older brother, Ben, also played basketball at Fullerton. Will feels his brother’s involvement in the program helped him find his place on the FUHS basketball team.

“My brother is three years older me and he went here before me, and played basketball; so since my brother was in the program, it helped me start playing basketball at Fullerton,” Hollon said.

Playing varsity for three years, Hollon has been able to see the team change and flourish as time goes on. He feels that he has helped change the team culture into one that is positive, encouraging, and inclusive.

“The culture around the program was a negative one when I first came to Fullerton. My first three years, the effort and passion seemed to be down and people didn’t care,” Hollon said.  “Seeing this negativity encouraged me to not let the younger players see the negativity I saw, so I would say I’ve changed the culture of the program to a more positive one.”

Basketball has given Hollon a family at school who he has been able to grow and change with. He reflects on how much he appreciates having his basketball tribe with him through all adversaries, on and off the court.

“I see these guys everyday, even in the spring when season is over and in the summer when school is out, so we get really close,” Hollon said. “I’ve grown a lot throughout high school and I’ve grown with my teammates. They’ve been with me every step of the way of my growth, and that’s what makes them my tribe.”

Hollon’s tribe, the boys basketball team, shows that family isn’t just who you’re related to, it’s the people you form unbreakable bonds with.