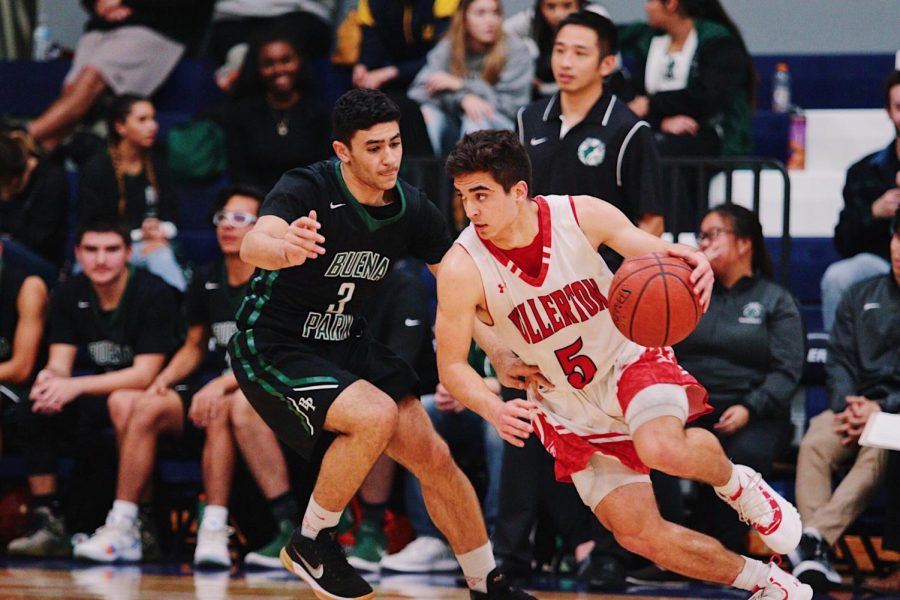 Will Hollon drives in with the ball. Photo courtesy of AJ Perez

The game was decided in the final seconds of the game, as senior Will Hollon shot three consecutive free throws, putting the Indians up by one point with 0.3 seconds left in the game.

Senior Night meant a lot to Hollon, as he has been apart of the basketball program for all four years of high school.

“This season is definitely one I will never forget as it really taught me a lot of life lessons and things about myself with all the adversity that has occured,” Hollon said.

His favorite memory from this season is hitting the game winning free throw and celebrating with his teammates on the court.

“The only thing that was going through my mind was my usual procedure and just telling myself I’ve done this plenty of times before,” Hollon said. “I had confidence in myself and that’s why I made the free throws.”

“These past four seasons have taught me to fight through adversity,” Perez said. “We just ended strong by fighting hard and giving everything we got.”