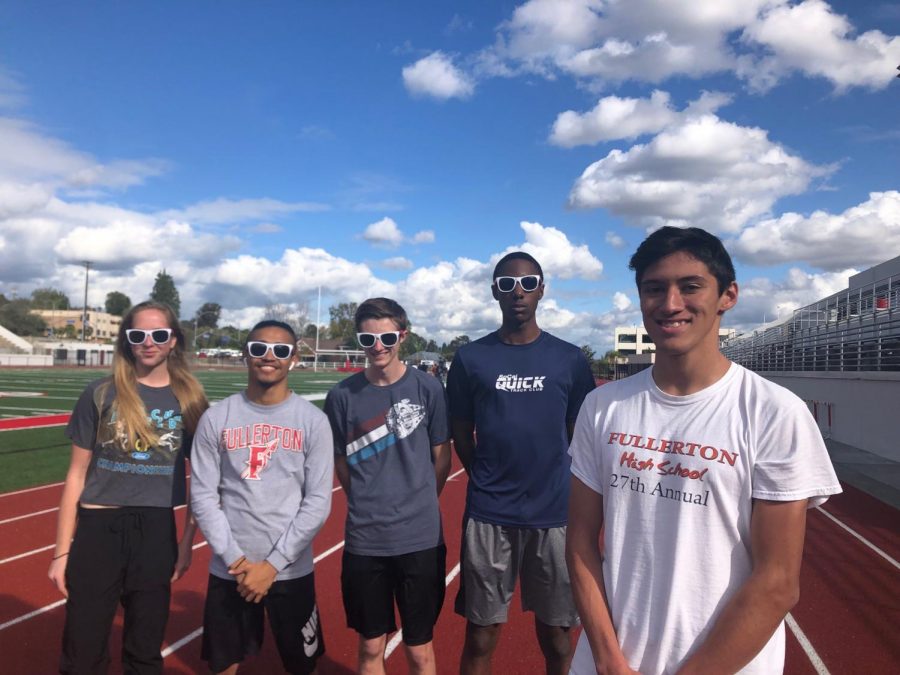 Senior Albert Perez, a sprinter in track, has been running since he was in kindergarten. He is currently competing rigorously in the 200 and 400 meter sprint events, and the 4×4 and 4×1 relay races.

Though Perez’s vibrant career in track is important to him, his relationships with his team have helped him to find his place at Fullerton.

“They took me in,” Perez said. “They told me I could be going somewhere, and encouraged me to keep trying hard.”

Perez’s relationships with his friends are a big motivating factor in his track career.

“It feels wonderful to have their support while I’m running,” Perez said. “It means a lot to see how they push me forward.”

His track career began in third grade, where he was already accomplishing his goals and setting records.

“I think it started when I was in third grade I was running with sixth graders, and beating them,” Perez said. “From there, it went to junior high, where I tried out for the track team.”

Through track, Perez found a place for himself at Fullerton.

“I wanted to join track for high school and see how I did,” Perez said. “I think that helped me find my place.”

Perez has set multiple records and hopes to set more school and league records for his talents in running.

Perez hopes to inspire other runners to stick with it, and not give up.