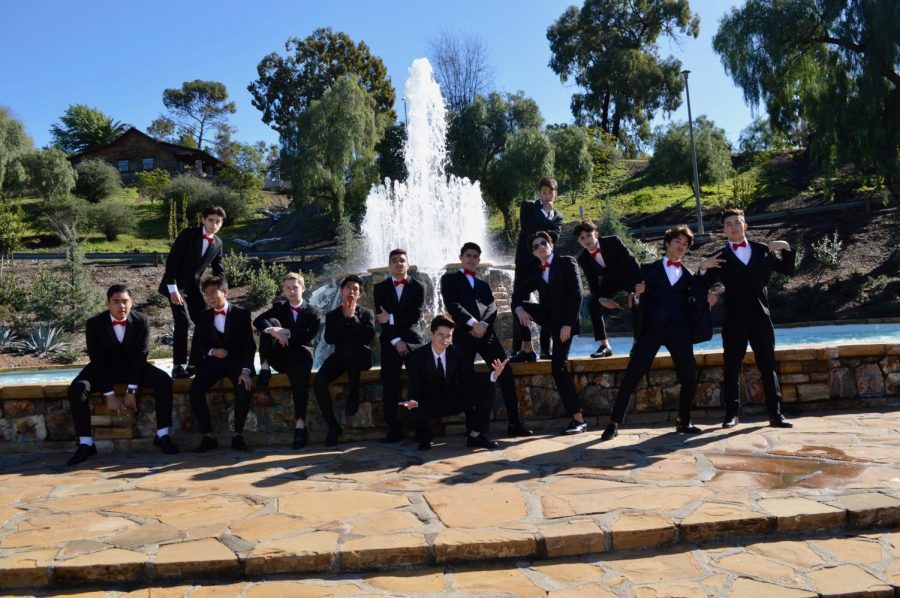 Every year, FUHS holds the Mr. Fullerton fundraiser, an event where senior boys showcase their talents for their peers and compete for the Mr. Fullerton crown. They dance, act, and sing, to win the audience’s hearts and win votes.

Nominee Aaron Salud feels enthusiastic at the opportunity of being nominated for Mr. Fullerton.

“It was really cool that people thought I could be apart of it,” Salud said. “I was really happy about that.”

Salud enjoys the time he gets to spend with fellow nominees while they learn dances.

“I think one of my favorite memories is the fun that we have while we try to learn the dances,” Salud said. “Because we all can’t really dance, I love that fact that we’re having fun while looking weird while we do it.”

“My favorite part was the photoshoot,” Yousling said. “We were all just all messing around, taking funny pictures, and just enjoying ourselves, so it was fun.”

Yousling points out that everyone has their own unique dancing styles.

“Adam Rooney and Tate are really good dancers because they are on the dance team,”  Yousling said. “Will has a lot of flare in his dance moves, and Tommy has this fun energy when he’s dancing.”

Yousling thinks Will Hollon and Adam Paniagua will win at least one of the three categories.

“I feel like Will Hollon will probably win one of the categories and Adam Paniagua is good at dancing so he might catch the judge’s attention for the actual Mr. Fullerton,” Yousling said. “I don’t know who will win the other two categories.”

Be sure to attend Mr. Fullerton on Friday Feb. 22 to cheer on the boys and find out who will be crowned Mr. Fullerton!  Admission is $5, and if you bring five cans of food to donate, you get an extra People’s Choice vote!