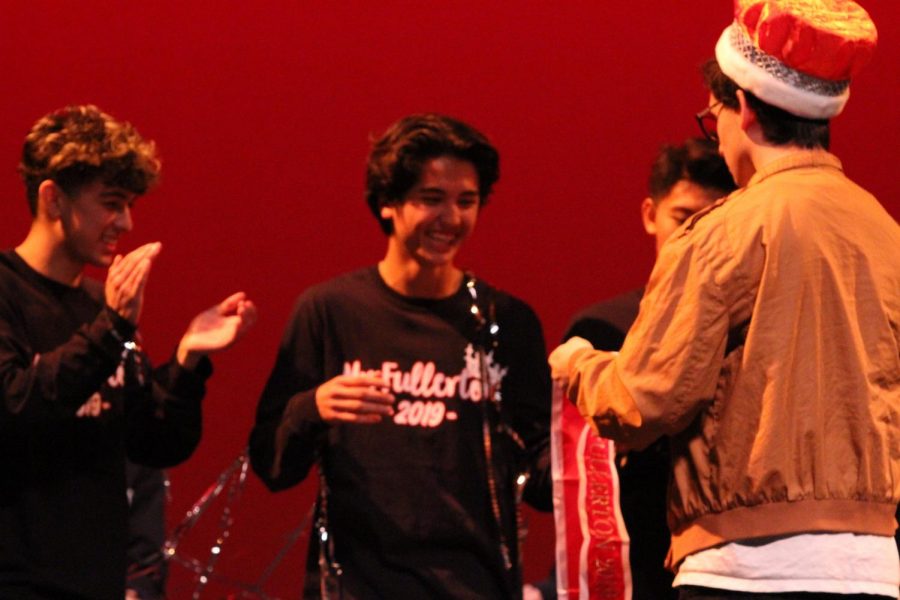 By dancing, singing, and playing the ukulele, senior Boaz Yousling won the hearts of the judges and was crowned the 2019 Mr. Fullerton on Friday, Feb. 22.

Yousling’s original intention of participating in Mr. Fullerton was to have fun with his friends, so he didn’t expect to win.

“I was actually really surprised [when I won] because I went out there trying to have fun with my friends. I wasn’t trying to win,” Yousling said. “But then I guess having fun was what made me win.”

He enjoyed bonding with the other nominees and spending time with them.

“I think just being with all the guys and just like messing around and laughing at each other’s acts [was my favorite part],” Yousling said. “The environment was just really fun.”

Even though Yousling was filled with nerves in the beginning, he was able to overcome them quickly.

“There was a slight bit of nervousness, but it went away really quick,” Yousling said. “At the very beginning before the curtain opened for our first dance, I blanked on everything, but right when the music started, everything worked out.”

Yousling thinks everyone who has the opportunity to participate in Mr. Fullerton should because it’s a fun experience.

“I thought it was really fun, and I encourage people to do it if they get the chance,” Yousling said. “You’re going to get a little uncomfortable, but it’s worth it in the end because you get to see everyone smiling and enjoying their time.”