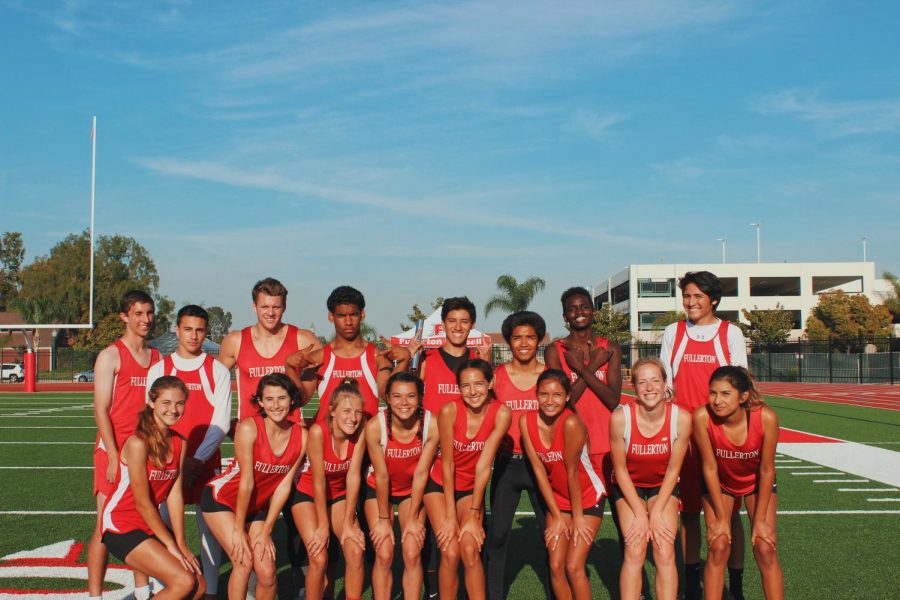 The Indians Track and field team began their season on Mar. 5. They face off against Anaheim High School at home.

The team has been running everyday since the end of the Cross Country season in October, and has been working hard to prepare for track season.

“I have made it a goal to run on the weekends to prepare myself” said Sophomore Alexandra Williams, who runs the 800, 400, and 4×4.

Freshman Olivia Roberts, who runs the 4×4 relay team is looking forward to the upcoming season.

“I just want the meet to go smoothly, and not make any mistakes,” said Roberts. “I‘m on the four by four relay team, which is a good team, and I think we can make CIF,” said Roberts.

“Personally, I would like to make CIF again, since I won league last year,” said Williams. “We’ve all worked hard in this offseason and have grown as friends on the team.”

Fullerton’s Track team is looking forward to the rest of their season, and have high hopes of competing at CIF. Make sure to go and support the track team!

Good luck to track on their upcoming meets!