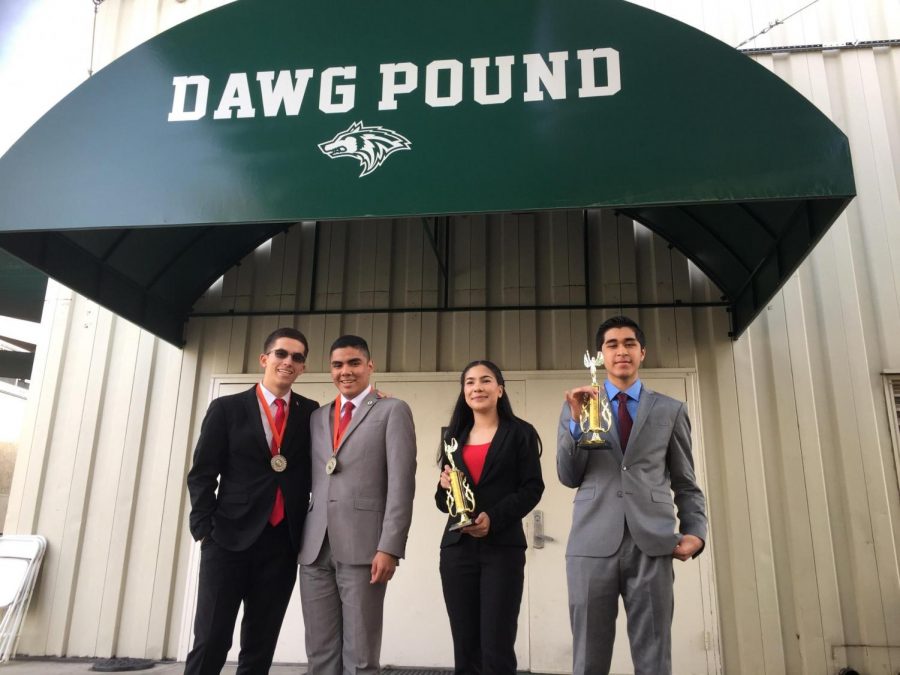 This achievement is particularly noteworthy because the debate team is still new.

“It was really fun because we are the first Parliamentary Team for our school to [qualify] in six years because we just started this program,” Tehrani said.

In this event, the debate topics have lots of variety and require the participants to be well-informed about recent news.

“Usually, we don’t prepare inside the round because we already know what we’re going to talk about,” Flores said. “We like to read the news a lot, so when we get a topic, we’ll know exactly what to say beforehand and when we go into the round and get the evidence and statistics to prove our case.”

The debate teams utilize many different types of resources while researching, useful in proving points.

“I actually use a book by Henry Kissinger called Diplomacy that had really great insight on not only our current political situation but how we got out of past ones which not only began in the United States but put other nations into a tough position,” Tehrani said. “I think that was a really good book to highlight and annotate and use inside of our round.

The many hours of their practice have paid off.

“We have practice on Tuesdays and Thursdays.” Tehrani said.“And, outside of practice, my partner and I also FaceTime and we send each other articles to figure out. We plan possible attacks. It’s like a game of Battleship; you have to figure out where their placements are going to be. You have to plan strategies for any possible points or possible topics that might come up.”

Flores acknowledges that the team’s performance is not perfect. But once they overcome any issues, their success will increase.

“I guess our biggest critique we have with ourselves is being too debate oriented,” Flores said. “We think the judge has done debate before. We have to connect to the average person [and] explain to them why it’s important and why our side should win.”

The Parliamentary team has set a goal to win the State Championship.

“I think it’d be really rewarding to actually win state,” Tehrani said. “We’re trying really hard and working really hard with our coaches, and I think Issak and I deserve it.”