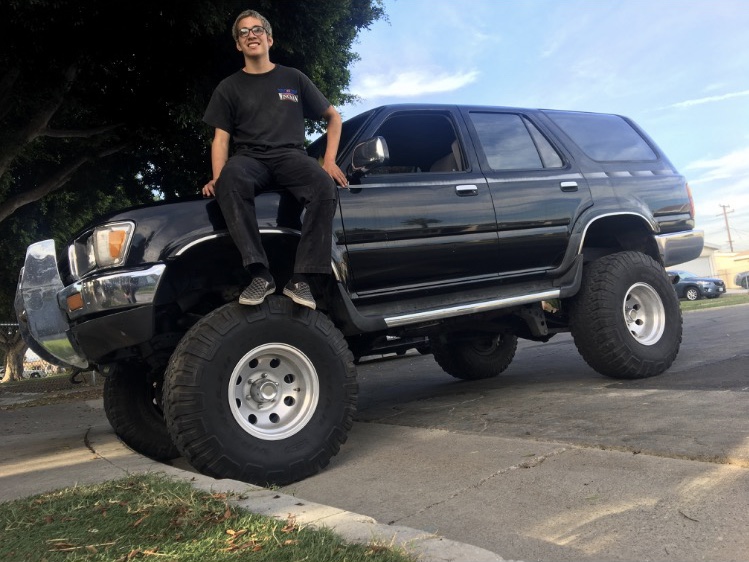 For Robert Perez, high school has been transformative, both personally and educationally. The challenging courses he took during high school helped him mature and grow into the person that he is today.

“My freshman year I was still a kid. Every year I learned more and I grew up more. I started taking honors and AP classes that helped me grow and develop as a student,” Perez said. “Freshman year I took [college prep] courses, got an A in every class, but sophomore year I took more challenging classes and it forced me to work harder to get a better grade.”

Work ethic has been essential for Robert’s success in high school. Working 30 hours a week at Lascari’s Italian Restaurant, Perez has to persevere through his homework after a long shift.

“If you want to be successful in high school, you have to work hard. You have to put in the work so things turn out how you want,” Perez said.

When Robert is not at work, he’s on an off-roading trail in his Jeep Cherokee XJ. Robert first grew interested in off-roading when he was five years old, and got his first 4×4 off-roading vehicle, a 1991 Toyota 4Runner, when he was 15.

“I love to go off-roading because it gives me a chance to free myself from all of my responsibilities and I can just be myself,” Perez said.

Robert currently owns a 1992 Jeep Cherokee XJ, which he enjoys taking on trails in Lake Arrowhead, Anza-Borrego, and Silverado Canyon. One of his favorite memories is going off-roading in Big Bear with fellow FUHS seniors Jeffrey Johnston and Andrew Weske.

“It was my first time off-roading in the snow and it was so fun, my windshield wipers even froze to the windshield,” Perez said. “When I first went on the trail it was very icy and was so slick that my car did a full 360° and I spun out of control. At the time my car was in 2-wheel drive, so I put it in 4×4 and everything went back to normal.”

High school has been a place where Robert has been able to broaden his horizons, find his passions, and make new friends. Photography, an elective that Perez currently takes, is a class where he can gain a new perspective on the world around him and make stronger bonds with his friends in the class.

“Mrs. Crail teaches us really cool photography skills that help us in everyday life, and helps us create images where there’s three of the same person in one photo, and others where it looks like [the subject] is floating,” Perez said. “My friends are in the class which is super fun. We get to go outside, hang out, and take pictures with each other.”

Robert has been in the AVID program since 7th grade, and it has helped him prepare for advancing his education at Fullerton College. Robert is excited for this next chapter in his life and to try new things in college.

“Fullerton College has welding classes, and that is something I am very interested in attempting. They encourage us to try new things and take electives at Fullerton College, which I feel will beneficial for me and will help me find what I want to do as a career when I’m older,” Perez said.

When beginning this next chapter of his life, Robert is excited to have the freedom to pursue his passions and take his own trail to success.