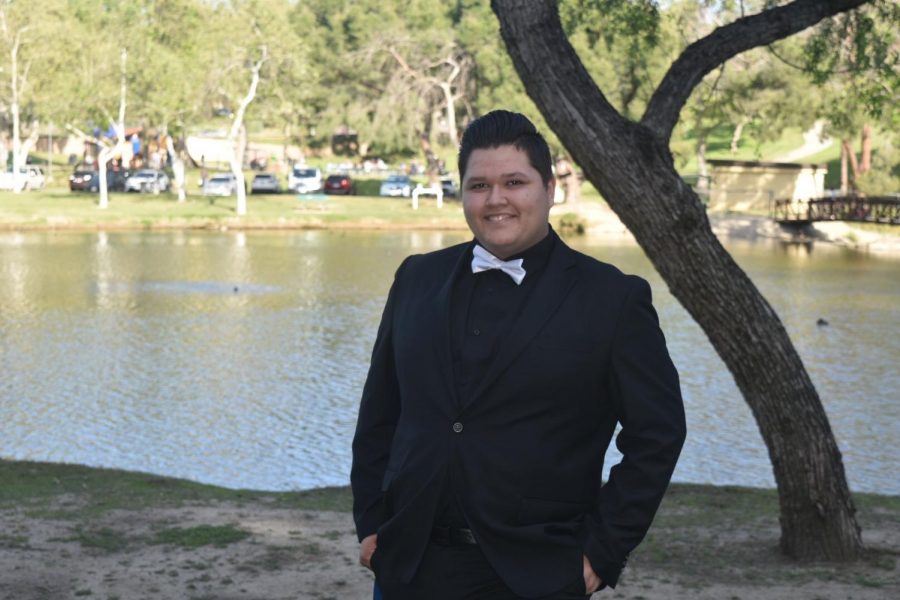 For Sebastian Armas, the last four years in the music program at FUHS have kept him occupied, as he credits the program as one of the main reasons he found high school so refreshing.

“I have been with Marching Band all four years of my high school career. I was also involved in Drumline and Concert Band of the Instrumental Music program, playing both the clarinet and mallets,” Armas said. “All of these programs have helped me to grow as an individual as well as many basic life skills such as making decisions on my own when things don’t go as planned.”

Armas credits much of his success to his amazing friends and fellow peers.

“These past four years were amazing and they created a wonderful memory that flew by so quickly, but in the end, I am grateful to have grown along with many other students who went through the same things as I did and also grow different friendships throughout the years,” Armas said.

Armas quickly worked his way up to Marching Band Leader as well as Woodwind Captain since his sophomore year.

“Being involved in the program has impacted my high school career in such a good way,” Armas said. “Most of my friends at school come mainly from band and I have had so many wonderful experiences with them, band is something so close to my heart and I am very grateful for being a part of it.”

Armas also credits much of his success towards the Hispanic household in which he was raised in.

“I believe that having grown up in a Hispanic household has definitely shaped me into who I am today. Unlike other students, I did not learn the English language first. I struggled through the beginning stages of my school career because I only knew Spanish,” Armas said. “Luckily, I had many wonderful teachers who knew the spanish language and helped me to learn english. Having said this, the Spanish language has been a prominent part of my life and wish to continue with it as a career for the future.”

As Armas reflects on his high school experience, he reminds himself of the person he was when he first stepped on this campus.

“If I could tell my freshman self something, it would be to not be as stressed out. I constantly was stressed out with deadlines and also, I would be stressed because of my future. I did not know what I wanted to do with myself until the last minute and was always pressuring myself to find a career, but would always come back straight back to the beginning. Also, I wish that I could tell myself not to procrastinate as much since it was a big part of why I was stressed the last four years,” Armas said.

Armas will further his education at Cal State Fullerton this fall, where he will be majoring in Spanish with a minor in music to hopefully pursue a career as a Spanish teacher.