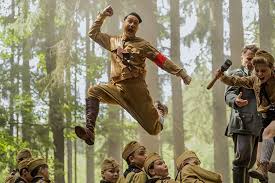 Like most FUHS students, I watched Schindler’s List sophomore year. The black and white film clearly gave us a look at the horrific Holocaust. Recently, I watched Swing Kids, which shows Nazis manipulating German youth through propaganda.

And despite talking about Nazis again in my senior class, I took the one-hour drive to Los Angeles last month to view the opening of Jojo Rabbit. I must say, seeing the film was well worth the drive and the cost of the $20 movie ticket.

One of the first things I noticed about the film was how bright colors shone from the screen. Gone were the gloomy shades of horror. Instead of the colorful mood coming off as disrespectful, director Taika Waititi shows that misguided hate can be hiding anywhere. 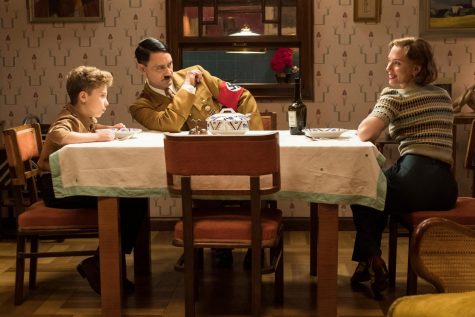 A comedic satire about Nazism could be insulting, but the new film takes the subject of Hitler’s indoctrination of the youth, and turns it into a satirical coming of age movie about how people should become more tolerant and how love triumphs hate.

It follows the story of a 10-year-old German Jugen member named Johanes “Jojo” Betzler in 1945. Jojo is a fanatic when it comes to Nazism. Even his imaginary friend is Adolf Hitler, played by Waititi. Depicting Hitler as an immature playmate simultaneously highlights Hitler’s evil while stripping his persona of all power.

In Mr. Henderson’s IB History of the Americas class, I learned that in 1945, German people would use improvised weapons and guerrilla warfare tactics. I was impressed when, in the film, I saw a grandma hoist a rocket launcher to her shoulder because it mirrors what I’ve learned in my history classes. Although the tone of the movie is humorous, the details are historically accurate.

Jojo Rabbit is a surprisingly heart-warming film that is meant to open the viewers’ eyes to tolerance and show how people should give less hate and more love.

Students can see this PG-13 film at Regal Edwards in Brea this weekend.

Hopefully, in a year or two, the DVD will find its way into the FUHS social studies curriculum, too.