A lifetime of Star Wars obsession grows with The Mandalorian 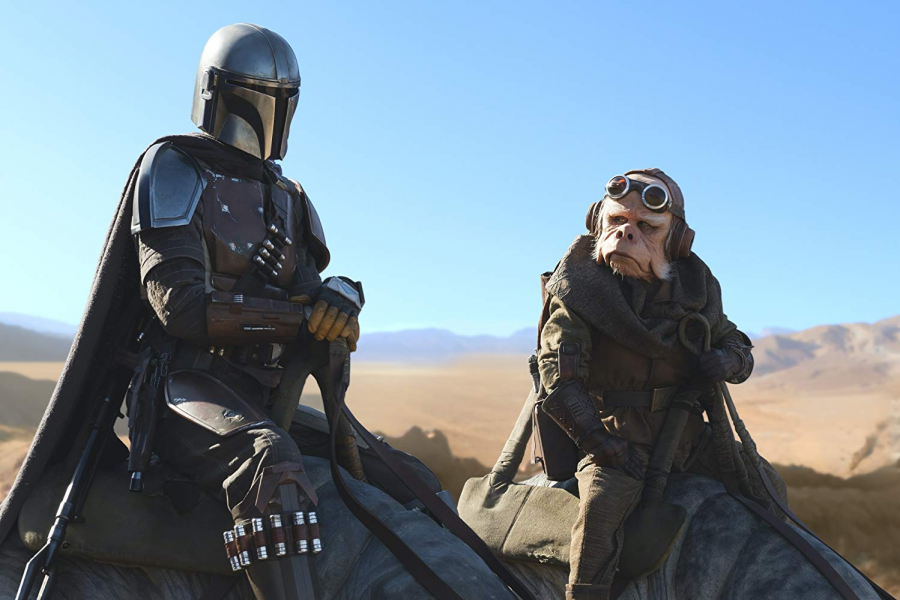 At age 5, I first experienced Star Wars when Return of the Jedi was on TV and my dad decided to share it with me. My first dose of lightsaber duels, space battles, and blaster shootouts sent me into a lifetime of geekdom and fanboy-ing over the most popular sci-fi franchise of all time.

Star Wars has been part of my life since then shaping who I am, how I think, and what I do. I’ve watched every movie, good or bad, and know tons of lore about the universe overall. Last year, I began watching arguably some of the best content Star Wars has to offer: the animated TV show Star Wars: The Clone Wars.

The Clone Wars didn’t restrict itself just because it was an animated kid’s show. It held great cinematic integrity despite the PG rating, showcasing the horrors of war that the clone troopers and Jedi fought through. Watching The Clone Wars explore other areas not seen in the main films, I wondered if something like it would ever be possible in live-action. But now, it’s finally a reality.

The highly anticipated series The Mandalorian debuted on the new streaming service Disney+ on Nov. 12 and has been hailed as some of the best Star Wars content in the last few years. Episodes debuted weekly, culminating an eight-episode first season.

The Mandalorian follows a lone bounty hunter, played by Pedro Pascal, who hails from Mandalore, a neutral planet caught in the crossfire between the Galactic Republic and the Separatist Alliance during the Clone Wars. Famous for their distinctive armor seen on characters like Boba Fett and Jango Fett, Mandalorians are known for their warrior-like ways. Many new Star Wars fans have been attracted to the series because of the Child, a character that the fanbase has dubbed “Baby Yoda” due to his similarity to the wise, old Jedi Master, Yoda. Despite much of the fan-focus being placed on the Child, The Mandalorian has so much more to offer than just an adorable toy-selling creature.

The show has an incredibly western, Clint Eastwood-esque feel. The Mandalorian, or “Mando,” as he is called in the show, is the rugged loner that no one knows in town, always has one hand over his gun holster, collects his bounty, and disappears. It takes place in the Outer Rim of the galaxy where the Force is unknown, the New Republic has barely any jurisdiction, and the war between the Rebels and the Empire is nothing but a simple political skirmish. It’s an entirely new side of Star Wars that’s never been explored before.

The show also does an amazing job blurring the lines between good and evil. Set five years after Return of the Jedi, the Empire is a simple afterthought, with the rest of their stormtroopers and officers working as mercenaries. At first, Mando isn’t a character fighting for honor, love, or for the good of the galaxy. He’s fighting because he needs to fight to survive. But, as he travels through the galaxy with the Child, his perspective begins to shift as protecting the Child becomes his main priority.

With a budget of nearly $15 million an episode, The Mandalorian spares no expense on incredible visual and audio effects. Crazy space battles, alien creatures, gunslinging shootouts, and speeder chases are just the tip of the iceberg when it comes to this show’s awesome effects. 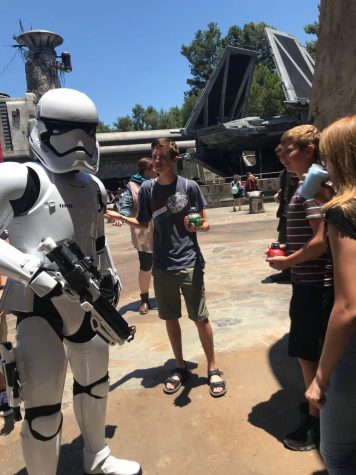 At Disneyland, visitors can interact with certain Star Wars characters like stormtroopers and Boba Fett. News Editor Nathan Smith talks with a stormtrooper on Batuu. Photo by Alexandra Williams

But is it worth it? To watch The Mandalorian you need to subscribe to Disney+, which costs $6.99/month. Compared to a movie, which costs about $12 for two to three hours of entertainment, Disney+ is absolutely worth it. In addition to the six hours worth of content from The Mandalorian, Disney+ also has nearly every movie from all of Disney’s various libraries, including various movies and shows from the Star Wars franchise. Seven dollars to watch hours of movies and shows versus $12 for three limited hours of entertainment is an absolute steal for anyone concerned about finances.

Personally, I can’t praise The Mandalorian highly enough. It’s incredibly wonderful to see the “normal” life of an average person in the Star Wars universe and to see all the iconic locations, aliens, and more from his perspective. I love Mando and his character arc, as well as all of the supporting characters like IG-11, voiced by Taika Waititi, Cara Dune, played by Gina Carano, and, of course, the Child. The outstanding soundtrack, audio, and visuals also contribute heavily to the show. It’s easily a 10/10 rating from my own perspective as a fan. 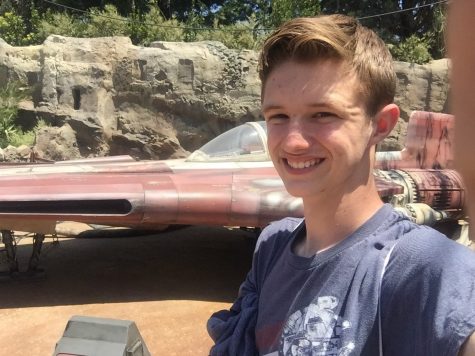 News editor Nathan Smith takes a selfie with his favorite Star Wars starfighter, the A-Wing Interceptor. Smith was one of the first visitors to Star Wars: Galaxy’s Edge in June 2019. Photo by Nathan Smith

The Mandalorian is now streaming on Disney+.
WHEN TO WATCH
The show is eight episodes long, each being 40-45 minutes. The whole series takes six hours to complete, so it can be done in a weekend. If you don’t want to watch it all in one go, I recommend you set aside a day for Chapters 1-3, a day for 4-6, and a day for 7-8.

Chapters 1-3 revolve around Mando’s first target mission, Chapters 4-6 generally follow Mando’s galactic travels, and Chapters 7 and 8 cover him coming face to face with the remnants of the Empire. Be sure to keep episodes 1-3 and 7-8 together for your watching. Chapters 4-6 can be split up due to their “filler” style, as they don’t carry as significant plot points as the other episodes.