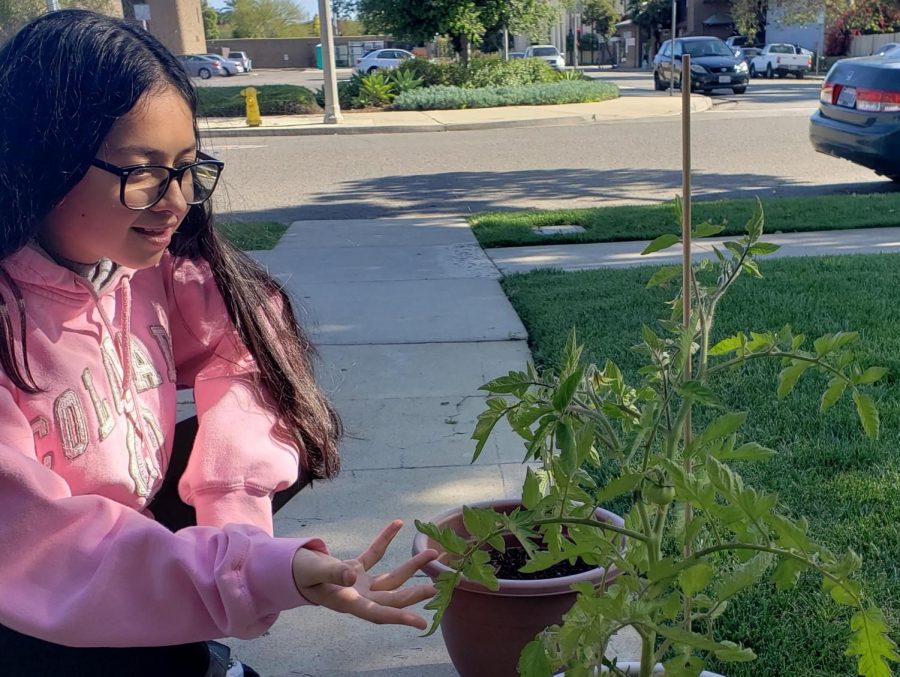 During these difficult times, parents aren’t perfect. They’re letting their kids watch too much TV and maybe eat less than healthy snacks. As a new plant mom, I can understand how tough it is to make the right choices for your kids. But it’s okay. I’m doing the best I can.
Once I learned that we wouldn’t be returning to school, I knew I needed an activity to distract me from everything going on in the world.
My mom suggested I start a garden.
Okay, I guess.
I hate flowers so I decided to plant things I could eat.
I went to Lowes for seeds and supplies, keeping the suggested six feet between others at all times. Home improvement was still on the “essential services” list.
I decided to plant my seeds in pots instead of the ground so they could be portable. Their current residence is my porch steps. It took less than 30 minutes to set up and finish, although I did have my mom and brother help me.
At first, I had my daily plant visits at noon. The first week I’d stare at dirt for two minutes hoping that maybe I’d unlock some hidden earth powers to make them magically grow, but alas I’m human. After about a week of seeing no progress with my strawberries my dad suggested I try naming my plants and talk to them as a way of nurturing them.
Nurturing, huh? Like a new plant mommy?

Truth is, I’m not one to “bond” with anything other than human beings. As a kid, I never named my dolls or stuffed animals. But after some deliberation, I chose to name all my strawberries Wilbert (naming each individual bud would be a nightmare). Actually, I named the planter Wilbert but, whatever. Now that I named them, I could scorn them for not growing: “Just grow, Wilbert!”
Some new plant mom, huh?
Finally, after a week and a half of waiting, Celia, my cilantro, and Chad, my green beans, are making progress. All I need are Tommy, my cherry tomatoes, and Wilbert to grow.
Plant parenting is pretty hard, though. I over-watered Wilbert and I forgot to water Tommy for two days. According to Google, strawberries need about two inches of water a day and I know I went way over that. Ignoring my terrible gardening skills, taking care of something has given me purpose in these tedious times. It’s helping me ignore the big red stop signs in front of the library and the bright orange street barricades around my church’s parking lot entrance.
I didn’t think that plants could make me smile, but I was proven wrong. The moment I noticed Chad was sprouting, a huge grin took over my face. Seriously, I’m not kidding. I felt so accomplished. I think my hands were trembling.
I really do recommend that you find something to take up your time besides Instagram and TikTok. Find a new hobby, maybe it’s painting or sewing. Do something that stimulates the brain like puzzles or writing. Maybe start a garden like me. What I’m trying to say is find something that will make you smile, because at the moment, everyone is in need of one.