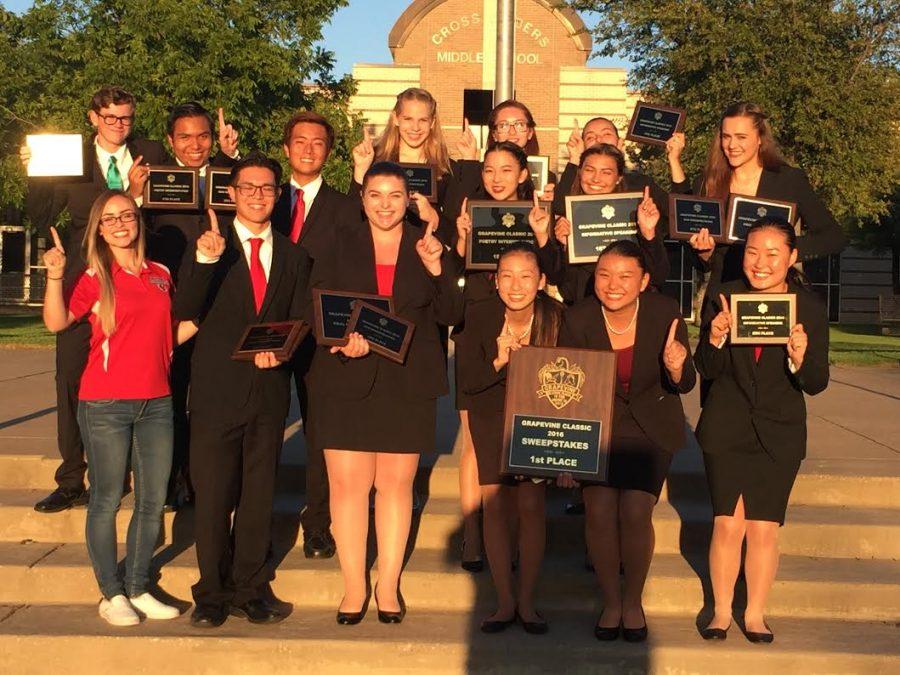 FUHS Speech Team after a successful tournament at the Grapevine International on Sept. 9.

After departing from the LAX airport around 8 a.m. on Sept. 9, the Fullerton Speech team made their way to the Grapevine Invitational Tournament in Grapevine, Texas. The team spent the morning practicing and preparing for the day ahead of them.

The group of 14 competitors, chaperoned by coach and teacher Priscilla Merritt and teacher Leonardo Indelicato, had high hopes for the upcoming competition day. Each of the competing students attended the three week long Speech Summer Camp in order to prepare for the year.

This camp included a seven hour day filled with coaching, hard work and team bonding. “The days at camp were long but worth it,” senior Devin Gaetje said. “When you’re with the team and you enjoy what you’re doing, fun is bound to follow. It doesn’t hurt when the work pays off either.” The team was well prepared.

Junior Lauren Fu placed first in poetry interpretation. Maddy Marks placed first in informative speaking, and the team placed in many other events.  “Winning is a great feeling especially after I worked so hard.” Marks said. “It was very gratifying.”