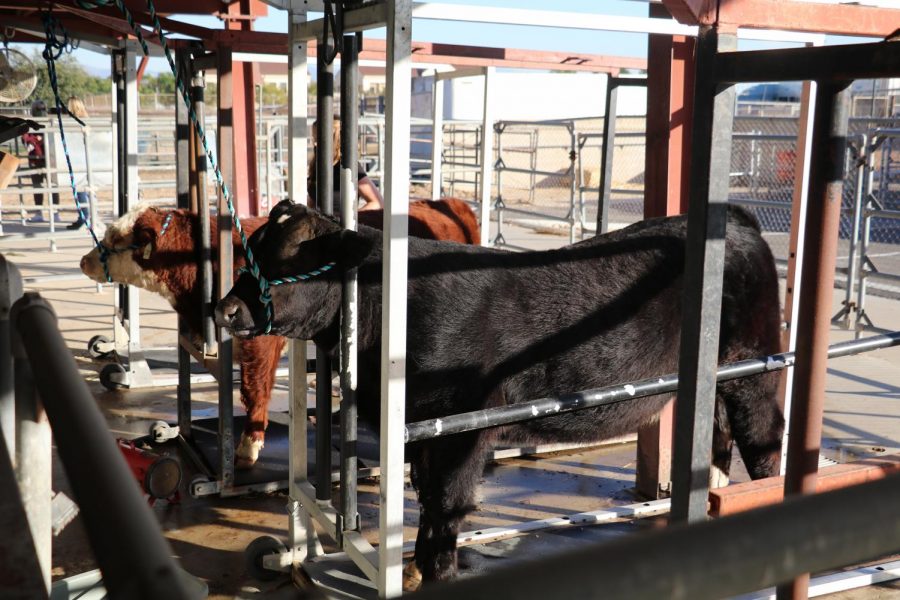 Animals are back on the farm

The JROTC cyber security team has ranked second in the state and 37th out of 177 teams across the nation.  Junior Kylee Gong won the local level “Voice of Democracy” speech contest with this year’s topic “Is this the country our founders envisioned?” Her speech focused on the political divide in the United States and the Founding Fathers animosity of political parties. Gong will be competing at the state level competition. Winners will receive a $30,000 cash prize.

“[Political Science] is not something I’ve pushed at or been actively involved in, but I do like keeping updated on politics and I thought Voice of Democracy was a great opportunity that I would be interested in.” Gong said.

The FUHS Instrumental Music Program will present its Winter Concert, titled Home for the Holidays, despite the challenges presented by COVID-19. Similar to performances by Theater and Choir, this year’s Winter Concert will be held virtually through pre-recorded performances. The concert was released as a video on Dec. 16, showcasing a variety of songs, including “Sleigh Ride” performed by Jazz Band and “Silent Night” performed by the Brass Ensemble. It also feature musicians from Concert Band, Jazz Band, and solo ensembles. The concert will be free, but donations are welcome. Students can watch the concert by visiting www.fuhsmusic.com/winter2020. The concert will be accessible via this link throughout Winter Break.

ComedySportz held its last match of the semester on Dec. 11. Despite COVID-19 restrictions, the ComedySportz team has competed three times this year and will continue to compete in January.

The FUHS CHOC Club will host a Panda Express fundraiser from 4 p.m. to 9 p.m. on Dec. 21. For more details about CHOC Club, students can email Frances Walton, Alia Noll, or Eliza Lynch.

Be the Impact Club wishes everyone Happy Holidays

Be the Impact Club delivered holiday cards to all FUHS teachers on Dec. 10. Teachers received these cards in their mailboxes during the last week of hybrid learning before finals week and winter break.