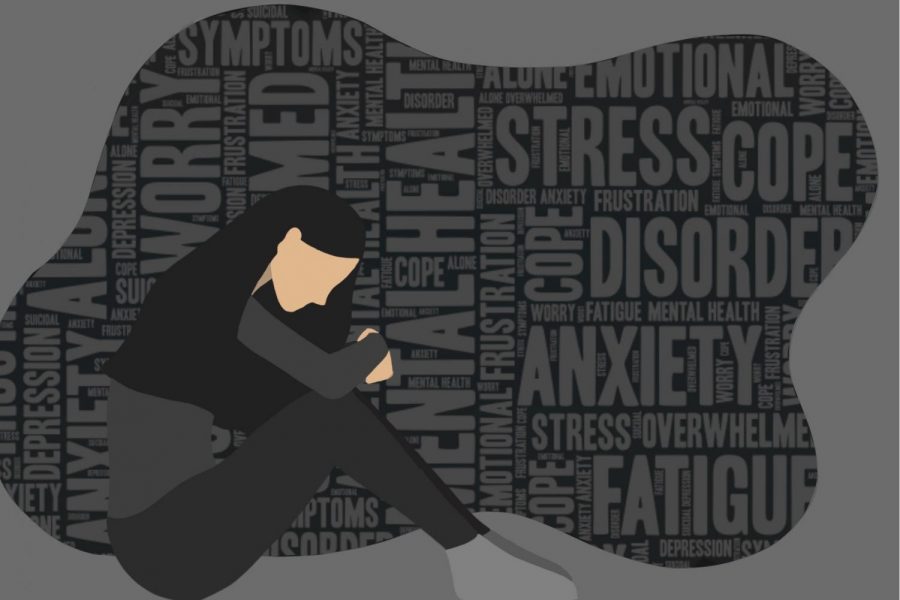 People need to fight against the stigma of mental illness and seek the help they need. Illustration by Brenda San Elias.

Suicide is the second leading cause of death among people ages 10-24 (nimh.nih.gov).

1 in 5 young people suffer from a mental illness (teenmentalhealth.org).

The numbers are startling, but how do you make numbers matter? The first step is to remember those numbers represent real people.

Two years ago, when I attended Troy, I was partnered with a classmate for an English assignment. Her seat was on the opposite side of class so I hadn’t really had a chance to speak with her before, though I had noticed that she usually wore a red and black jacket. The day we worked together she made me laugh. I really liked her smile, but I didn’t talk to her much after that.

A few months later she died by suicide. I still picture her empty desk. I still picture her smile. I don’t know if she would have thought me fake or insincere for mourning her when I didn’t really know her, but the truth is my heart still feels heavy when I think of her. The truth is that was the first time I realized that suicide statistics mean much more than a number.

Looking back, I realize that mental health was an issue for me and my friends in 7th grade. We would mask things with light jokes like, “Oh, I’m losing it” or “I only have, like, two brain cells left.” But I also remember having some serious talks with friends about what I now know is depression. Back then we would only talk or text late at night. Why? Because even then we knew some things were too dark to talk about during the day.

Since junior high we’ve had social media campaigns and efforts by school officials to normalize speaking about mental health issues but they still carry a lot of stigma. It is still difficult for me to write about them, including my own problems and experiences. Because honestly, it can feel like people don’t want to acknowledge the darker side of mental illnesses when it gets deeper than just sadness or nerves.

What about the days when it is too hard to get out of bed, let alone brush your teeth or get dressed? How do you talk about the days when the thought of texting your friends or talking to your family drains you? The times when you cry on the bathroom floor after a panic attack? Or when you sit on your hands to stop yourself from self harming? To put it plainly, I don’t really know.

I’m not suggesting that our everyday conversations during second period need to be about mental health. All I know is that kids shouldn’t feel like they need to bottle everything up because of the fear they may be judged or belittled, the fear that they are only experiencing this stuff because they’re weak or dramatic. They should not have to fear admitting they might not be okay right now and need some help getting there. And now more than ever, we need to make an effort to destigmatize mental health.

As of 2020, approximately 4.4 million adolescents between the age of 3 and 17 have diagnosed anxiety and around 1.9 million have diagnosed depression (cdc.gov). NPR reports hotline calls to the National Eating Disorders Association are up 70-80% in recent months. That’s scary. And yet we’re still not talking about it.

So why are so many events unfolding now? The answer is that mental illnesses thrive under social isolation and times of stress, which during quarantine are pretty much unavoidable. This can cause many to turn to unhealthy coping mechanisms like eating disorders or self harm.

It can be difficult for those who have never been in the situation to understand what could lead someone to unhealthy extremities, but things like self harm can give someone a way to have some control over their lives, express internalized self image issues, and express emotions like anger, frustration, anxiousness, or extreme gloom (themix.org). It is a way to physically deal with the subjects our society has hushed, and once someone becomes reliant on these coping mechanisms, it can be really hard to stop.Therefore, providing a safe space for speaking about issues like self harm should be encouraged rather than shunned in high schools, as it might just be the outlet that students need.

Despite schools’ current attempts to provide resources, students can still find it difficult to reach out because of stigma. One student I spoke to, who wishes to remain anonymous, described their dilemma.

“I don’t even know how to tell my parents, you know? Much less my school,” they said. “There’ve been times where I’ve been close to emailing my counselor but I’d end up stopping myself because I didn’t want anyone to find out who I was. It’s just scary to admit it, like, how would that conversation even go? Sometimes it’s hard to even admit that I have issues with depression or anxiety or stuff like that with myself, like I used to tell myself ‘oh it’s not self harm, I’m just scratching’ because I thought it was only self harm if you actually cut. Now my parents are gonna have me start seeing a therapist, but they still don’t really know about stuff like this.”

I think it is also important to discuss some of the unique challenges that certain groups face in terms of mental health. During the pandemic, people of color (POC) have largely been affected by mental health issues, with 48% of Non-Hispanic Black adults and 46% of Hispanic or Latino adults describing experiencing symptoms of anxiety and/or depressive disorder (KFF.org). POC also face challenges getting help due to cultural differences and views surrounding mental health. Personally, I faced problems speaking with my parents because they come from a culture where mental health issues are not as openly discussed or accepted, and many of my friends who are also minorities have had similar difficulties. 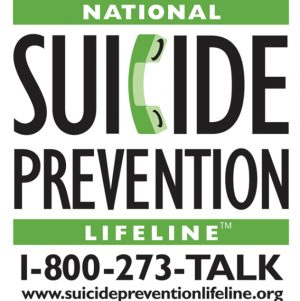 After speaking with a bisexual student about her mental health issues, I also began researching more about mental health within the LGBTQIA community, and the results were jarring. I found out that LGB youth are more than twice as likely to report experiencing persistent feelings of sadness or hopelessness than their heterosexual peers and the LGBTQI population is at a higher risk than the heterosexual, cisgender population for suicidal thoughts and suicide attempts. Transgender youth specifically are twice as likely to experience depressive symptoms, seriously consider suicide, and attempt suicide compared to cisgender lesbian, gay, bisexual, queer and questioning youth. So discourse over specific communities’ challenges needs to be had, because it could save lives or at least make others more aware about their peers’ situations.

One bisexual teen I spoke to said being closeted during the pandemic increased her stress.

“I came out during quarantine,” she said. “It had always been in the back of my mind before, but then when it was just me alone with my thoughts during quarantine it got way too overwhelming and it felt like I was hiding a part of myself. That might partially be why it became harder to share other parts of me and reach out for help with my mental health, because I had gotten so used to keeping part of me inside. And being able to come out and having mostly everyone be really supportive helped a lot. But yeah, sexuality and thinking about that and everything has made quarantine more stressful.”

The same student pointed out that teachers could be more sympathetic. If teachers lightened students’ workloads, they would have more time to connect with each other.

Although most teachers sympathize with students’ problems, the student says teachers need to recognize the legitimacy of mental illness.

“With mental health, it’s a real sickness, it’s a real thing that can prevent you from doing other stuff,” she said. “When you feel physically sick, you have a cough or the flu, you feel like you can’t get out of bed or do anything. And teachers understand when it’s that kind of thing, but for some reason when it’s a mental health thing and not a physical health thing, they treat it differently and not as seriously, or as damaging, when it’s just as damaging or just as difficult to deal with.”

I know even if we destigmatize mental health, the problems still will remain. But maybe we can get people help they need before it’s too late. We can all help by being better listeners. We can help make someone feel less alone for a little while. Maybe for that moment, at least, they will have a voice. And isn’t that a pretty good thing to work towards?

And if you’re having that talk with someone who just can’t get out of bed, or doesn’t have the strength to call a counselor for help, you might step up and make the call for them.

As a society, if we are able to lessen judgmental reactions when hearing about mental health issues, it might prevent others from becoming a tragic statistic. 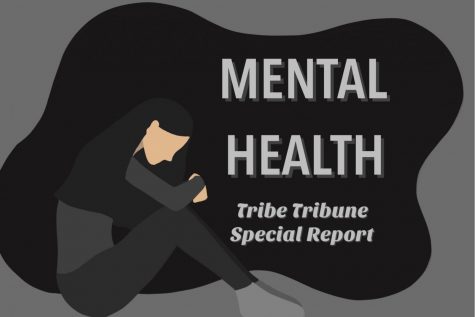 Doctor says don’t tell troubled teens ‘just get over it’