Band given OK to perform at football games 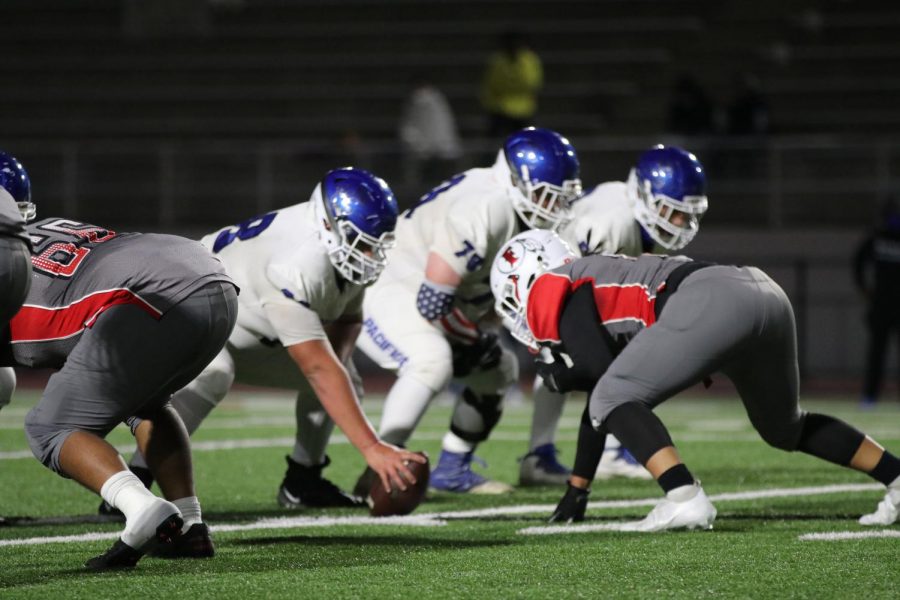 The Indians defeated Pacifica 31-8 in a non-league game March 12. The marching band was not cleared to perform for the game, but the musicians are invited to play starting April 2. Photo by Arashk Alivandi.

After more than a year without performances, the FUHS band is scheduled to play at the next home football game on April 2.

Though sports were able to continue practicing throughout the past few months, the musicians haven’t.

“Unlike sports or dance and cheer, we haven’t been able to practice together very often,” Trimble said. “There are state guidelines that say we cannot, as musicians, rehearse inside, which has been very difficult. We go outside for first period in 45 degree weather.”

Trimble said band has to use special protective gear including instrument masks, which are special masks with slits for playing and bell covers.

Beyond this, band members will most likely have to be tested for COVID-19 before performing at football games.

Football players and water polo players have already begun testing before games. Other sports such as volleyball and basketball will have to test as often as three times per week to host in-door practices.

According to principal Laura Rubio, each COVID test costs a little over $100. That means some athletes will take $300-plus worth of COVID tests each week while under the current restrictions. Rubio says the funding is mostly from the first round of special COVID-relief funds provided by the state.

Rubio says that though it might seem excessive to some, these extra precautions and costs are for the health and well-being of the student body.

“We’re trying to be very careful and cautious so we don’t have to shut down again,” Rubio said. “I’ve already heard of some other schools in our county having to shut down their sports that they just opened because of somebody having COVID. I don’t want that to happen here.”

Dancers, singers and actors are still waiting to work out ways to meet COVID restriction guidelines. Some performance opportunities are also complicated by current renovations in the auditorium.