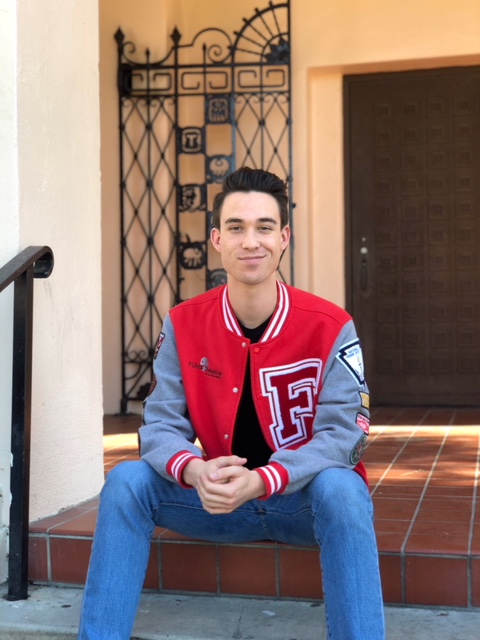 Michael Laverde is best known for his charismatic and caring personality.

He stays active in school through his constant involvement in theater, the Academy’s Triple Threat program (dance, choir, theater), NHS/CSF, and the Thespian Troupe, where he is the president.

Michael is eager to perform in the Mr. Fullerton event because he loves to perform and express himself.

To him, a proper gentleman must be courteous to all and consider one’s feelings.

Michael considers both of his parents his role models, as they taught him to stay motivated and appreciate loved ones.

Michael also views himself as “goofy.” In fact, he thinks that his spirit animal is a giraffe because of their appearance and how they fight each other.

In the future, he wants to become a musical theater performer and choreographer.