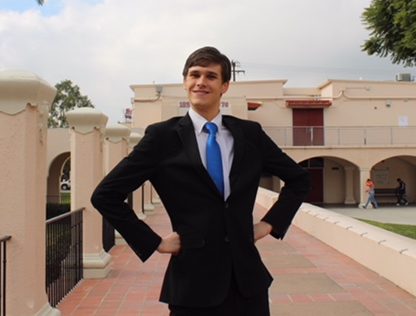 Joshua Wolfe may be best known for his love of performing, as seen by his dancing during lunch, but Joshua’s most hidden talent is his ability to brighten up one’s day through his positive energy.

Joshua stays active around the school by being a member of the speech and debate team, a member of three various clubs, and the president of the E-Sports club.

Being nominated as Mr. Fullerton excites Joshua, as he gets the opportunity to express his love to perform.