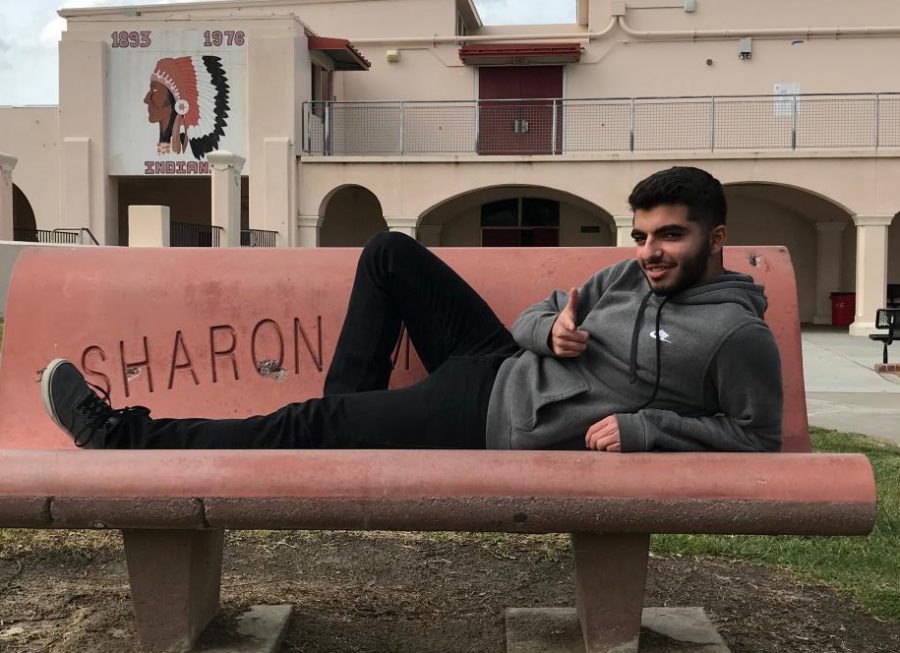 Daniel Chaderjian may best be known for his logical sense and intelligence, but his wit never fails to entertain.

Ever since Daniel was a freshman, he wanted to be a part of Mr. Fullerton. He has always looked up to previous Mr. Fullerton contestants and is excited to finally be one of them.

Looking around the school, Daniel admires the fact that Fullerton allows its students to be involved in many different activities that together help build our large community.

In fact, Daniel believes that math teacher Mr. Hahn has played a big impact at his time here at Fullerton. Although Mr. Hahn may be known as a master at throwing pencils at the ceiling, his love for his students and math is infectious.

Daniel has taken part in the tennis program for four years, been involved in five theater productions, is a leader in both CSF and the STEAM club, and was the school’s buffalo mascot for two years.

Daniel’s biggest inspiration is his older sister Aria. He admires her supportiveness and kindness. He wishes to follow in her footsteps and tries to treat others the way she does.

As seen, Daniel is definitely ambitious and has a plan for the future. His dream job is to be the Phillie Phanatic. However, if he falls short on that, he wants to be the guy in the Dos Equis commercials. And if all else fails, Daniel desires to be the narrator for El Pollo Loco.

Daniel’s favorite song to jam out to is “Take It to The Limit” by the Eagles, as it is the “perfect blend of rock, country and calculus.”