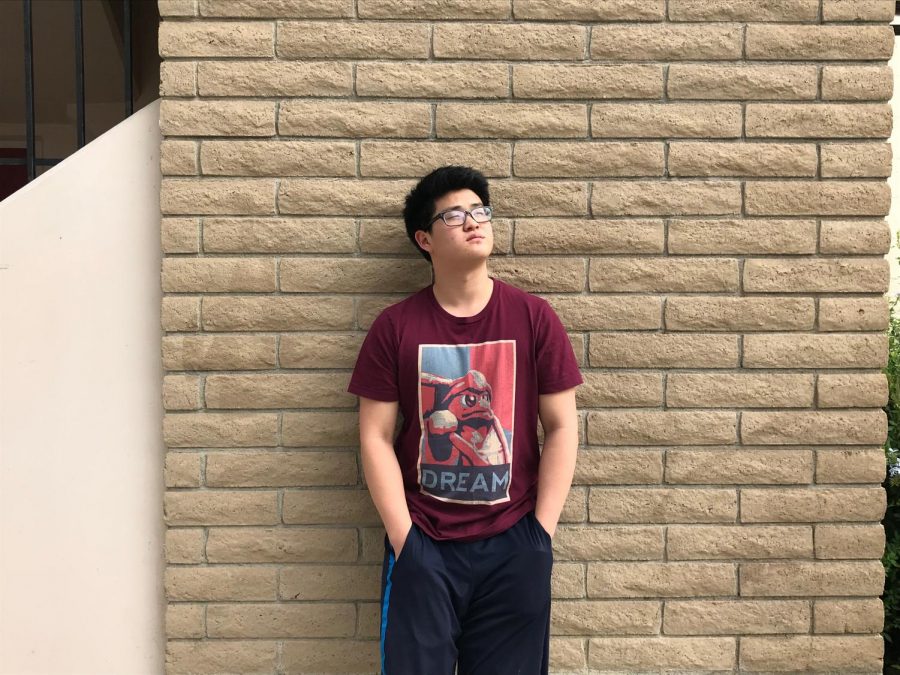 Yale Yang feels honored to representative the school in the Mr. Fullerton event. He looks forward to showcasing his and the other contestants’ talents.

Yale’s definition of being a proper gentlemen is to be composed when no one else will be. He believes that being polite and building a good relationship with his peers is also an important part of being “Mr. Fullerton.”

He admires the diverse opportunities the school provides and the overall feeling of acceptance that Fullerton embodies. Yale is a full IB diploma student, a member of the choral program, a member of the cross country team, and the president of Chess club.

Yale carries his father’s morals and persistence, as his father always emphasizes “family first.” He admires his dad’s willingness to communicate and pushes to be like him.

Yale’s favorite artist is Frank Sinatra, as he envies his beautiful voice.

In the future, Yale wants to become a math professor because of his love for the subject.