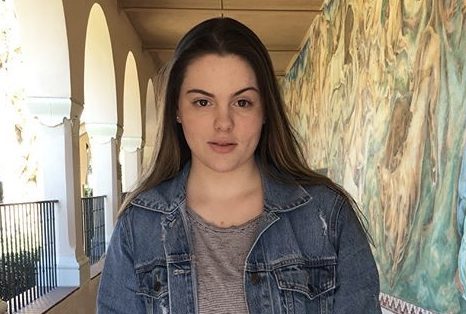 Emma Kramer has kept busy during her years of high school; she barely has any freetime and when she does she can be found in Plummer brushing up on her vocal skills or working on tech.

Kramer is involved in the theatre program, AP/IB/Honors program, NHS/ CSF, and is the President of choir and Tri-M Music Honors Society here at FUHS.

Kramer has starred in numerous theatrical performances, with her most recent performance being the lead, Cinderella, in Roger and Hammerstein’s rendition of Cinderella.

Kramer’s talents have not gone unnoticed, as she has won numerous awards for her performances.

“I’ve gotten best featured actress of the year, Spirit of the Macy Award, command performance at CMEA, two time finalist for OC Register of the Year, and many more,” said Kramer.

Kramer’s biggest role model has been her grandma.

“My grandma really encouraged me to take voice lessons when I was little and it really inspired me to join choir and eventually go on into the performing arts,” said Kramer.

Kramer plans to major in musical theatre at the University of Southern California. After college, Kramer hopes to be an elementary school teacher.