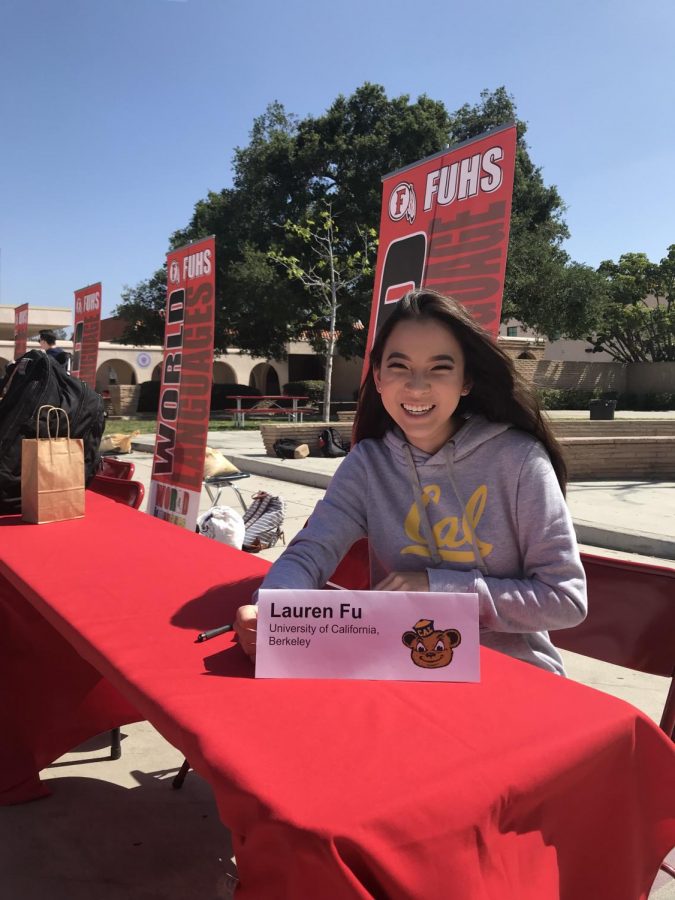 Though the state of Oklahoma may seem like a strange place to manifest amazing people, Lauren Fu moved from her small country hometown to Fullerton to be just that.

“[Coming from Oklahoma] shaped who I am today in terms of learning so much about different cultures. I saw [Oklahoma] culture, and then came to California and met people who were like me. It’s seeing that culture shift that’s changed who I am,” Fu said.

Although Fu has been involved in photography and the AP/IB/Honors program, her dedication to speech and debate takes priority, as she has been Co-President of FUHS’ speech team for past two years.

“It was a big time commitment, and it became my whole life. It became my weekends, my weekdays, and my after school hours of practicing or competing,” Fu said.

Despite this, her high school experience couldn’t have been complete without speech.

“Rewarding is part of the whole experience. In hindsight, we get so caught up with stress, we don’t realize how much of a reward is at the end, to complete and accomplish so much,” Fu said. “We are the first national champions at the Tournament of Champions. Bringing that title towards the team was really rewarding.”

Fu plans to major in psychology with a pre-med emphasis at UC Berkeley before attending a top medical school to become a dermatologist.