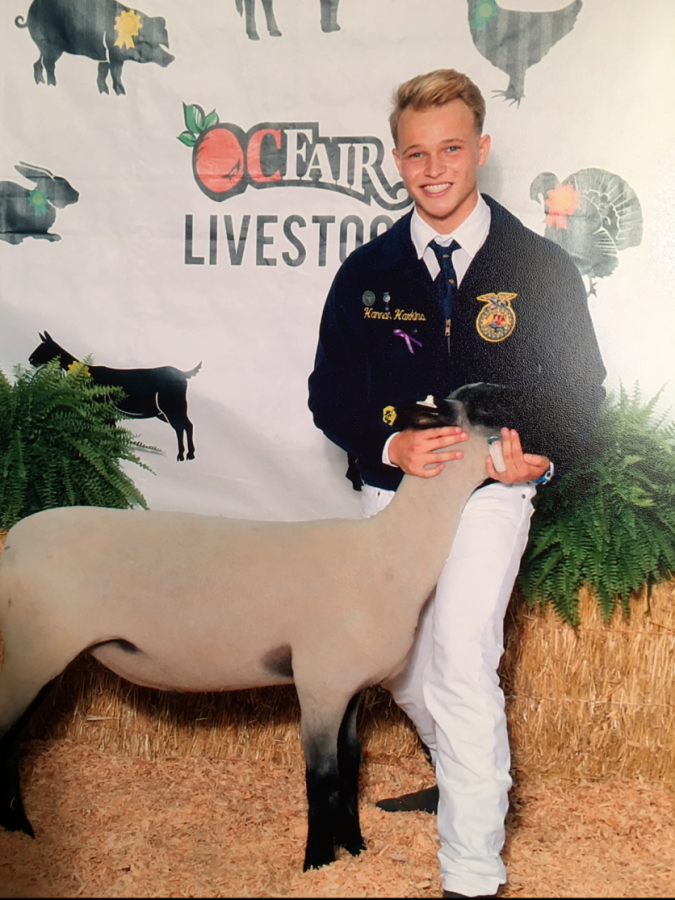 Though Hayden Harkins is involved in many programs and sports, he has found his true passion in FUHS’ instrumental music program.

Harkins’ role as Drum Major has taught him qualities he knows will help later in life.

“It taught me how to be committed to something, leadership skills, how to work with others and to communicate and delegate,” Harkins said.

While in the music program, Harkins played in the jazz band for three years and in the drumline for four years.

Harkins also pursues his musical passion outside of school in an alt/surf punk band.

“I’m in a band called The Kemps with some of my best friends. Last summer they needed a drummer, and asked me to learn the drums for the band. Ever since then I’ve absolutely loved it,” Harkins said.

Besides being involved in music, Harkins has been a member of the track and field team and Future Farmers of America.

Harkins plans to major in biology at Fullerton College, and plans to later study neuroscience.