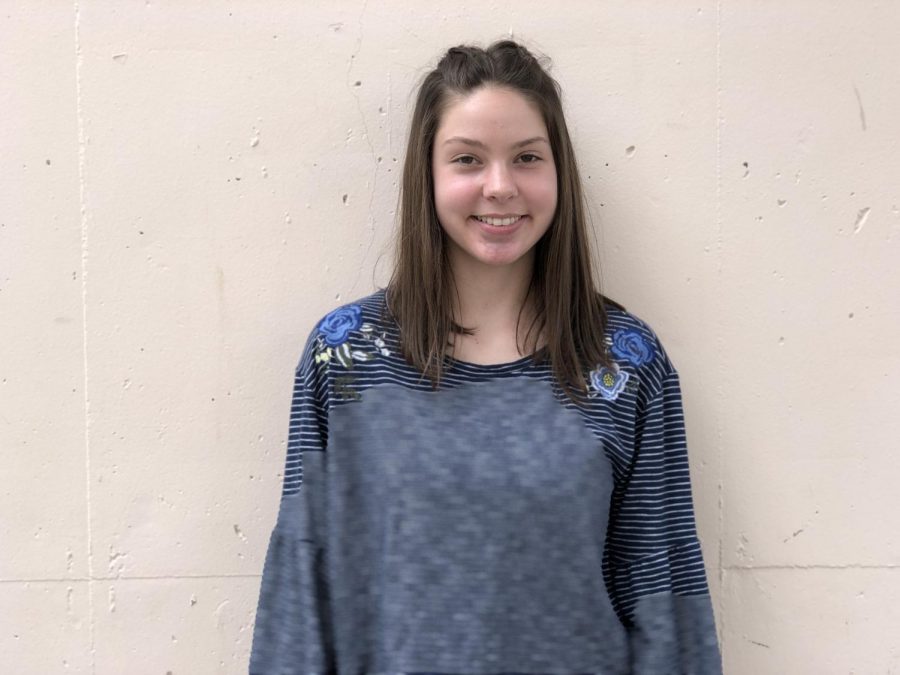 Throughout high school, Amy Hatfield has found herself spending her time playing the flute and growing her interest in the medical field.

Her freshman year, Hatfield decided to join Marching Band and Concert Band to take advantage of the opportunity of pursuing her musical interests.

“I played flute since the 5th grade, but I’ve never really had a band [to perform with], so I thought it was really cool that there was a band at Fullerton so I thought it would be fun,” Hatfield said.

As Hatfield continued in Band, she realized that it allowed her to become more involved in the school.

“Band is where a lot of my friends are and that’s really what made me feel like I’m connected,” Hatfield said. “I didn’t have that many friends because I came from a school where I only knew one other person from, so it was nice to meet a lot of people before school started and then to have lasting friendships.”

Her friendships since she was little has shaped her into the person she is today.

“I’ve learned a lot from [my friends]; I’ve learned how to interact with people, how to build relationships, and how to decide what’s important, where my loyalties should lie.” Hatfield said.

Hatfield will always hold a passion for music, but her passion in the medical field grew throughout high school.

“I really wanted to help people and I’m really interested in the science and medical field, so I thought that nursing would be a good way to combine those two things.”

Classes like Human Anatomy allowed for Hatfield to preview her career in the future.

“Human Anatomy has really helped me this year so far because I’ve learned a lot about what I need to know,” Hatfield said. “In general, all my higher level classes helped me to figure out how I study best.”

Hatfield plans on becoming a registered nurse at Fullerton College and Cypress College and transferring to a four year university.