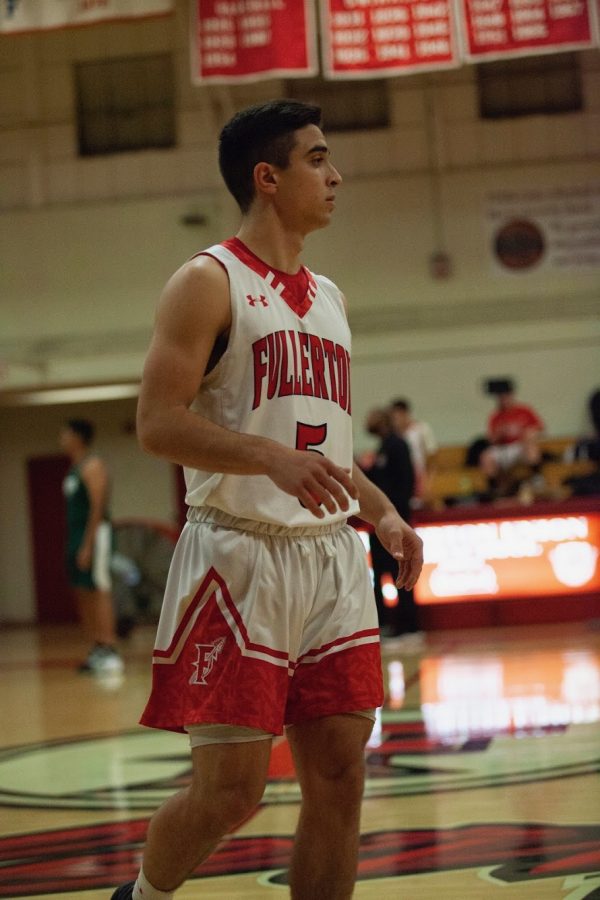 For Will Hollon, high school was “eventful, drama-filled, educational, and fun.” At first glance, Will’s high school experience may seem like a typical one. But as the saying goes, never judge a book by its cover.

Most students on campus might know Will for his basketball abilities. He began playing in the second grade, and continued at FUHS on the varsity team.

“People recognize you. It adds more to what you bring to high school. You’re not just a student. You represent more of the school and what the school is about. I can look back and be proud of what I did, so it’s pretty cool when I have a good game.”

“Down by 2, I got fouled on the three point line, with .3 seconds left. I hit all three free throws to win the game. That was pretty special, as there was just a lot of drama going on. It was more than just a game, for that special moment,” Hollon said.

For both his achievements and attitude in the sport, he received the Orange County Athletes of Character award.

“In that moment, it was like, ‘Wow. I’ve been recognized.’ I felt like I did things that went unnoticed, in basketball and in everyday life, and that’s why it meant a lot to me. They could have given me a lollipop for the award, I wouldn’t have cared. It just felt nice to be noticed.”

The recognition for his character meant more to Will, considering his personal struggles throughout high school. When Will entered FUHS as a freshman, it was an experience unlike any other student.

His relationship with his parents impacted many aspects of his education, especially his love for history.

“My dad really got me started. He showed me these Civil War documentaries in second grade. He likes history, and that’s where I got it from. I know dates of some things that people are like, ‘Whoa, how did you know that?’”

Though history will always be something he enjoys, his potential career path is quite different. Will’s love for sports, as well as his three years in journalism at FUHS have inspired him to pursue either sports journalism or kinesiology.

“I always liked to write and tell stories. I might be able to do that through covering sports, to be able to inform people. I found that through journalism here, that I can share opinions on things that are important to me,” Hollon said.

In another highlight of his senior year, Will participated in the annual Mr. Fullerton event, where he got to try out another one of his hobbies.

“I’ve always wanted to try stand-up comedy, so that was the talent I did. I stepped out of my comfort zone. I thought it’d be worse than it was. It didn’t turn out that bad. I’ve always liked stand-up comedy, and I’ve always felt that I was funny-ish. I watch pros like Kevin Hart, and they make it look so easy. It’s really not that easy,” Hollon said.

Most students who have had Will as a classmate might know him as a comedic guy, as his interest in comedy and humorous front shape how others usually view him. But it’s not all he is.

“I’d always try to put myself out there, and have fun, and be a jokester. People feel like that’s all you are. I’ve had people treat me like I’m dumb, like all I am is just jokes. That’s something that was definitely a challenge,” Hollon said.  “I’ve just realized that just because you put yourself out there doesn’t mean people know you and can judge you. That’s what I’d tell myself.”

Will believes this realization helped him grow from his freshman year.

“I’m more comfortable with myself than I was four years ago. I’m still learning a lot about myself, but, you know, just going through high school has helped me find who I am. It was learning more about myself, and the emotional and mental side of me,” Hollon said.