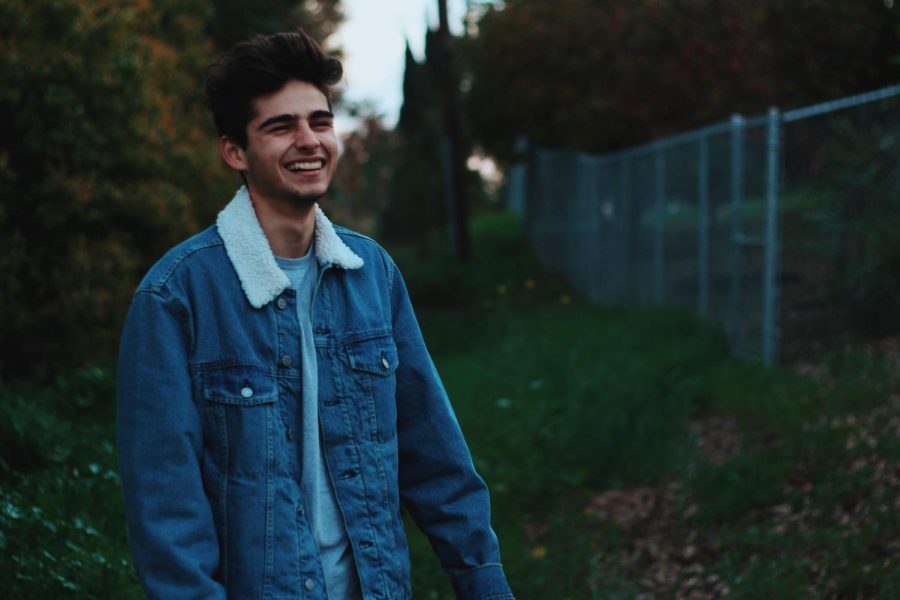 Senior Jack Bretz has “M.A.D.E.” his mark on FUHS throughout his four years of being here: B.E.A.S.T./M.A.D.E., Speech and Debate, Cross Country, Track and Field, and much more.

Jack decided to participate in the B.E.A.S.T./M.A.D.E. program his senior year due to his interest in mechanics and engineering.

“I’ve always been interested in mechanical stuff and [understanding] how things work, so I thought it would be a perfect fit,” Bretz said. “We usually get a task, and then we build it, and it’s a lot of fun.”

Jack’s fascination with mechanics stems from his childhood interest in LEGOs, as well as his habit of taking things apart to see how they function.

“As a kid, I always played with building blocks and LEGOs, and whenever I’d get a toy, I’d always want to take it apart to find out how it worked,” Bretz said. “I just thought that was super interesting–how things worked–and what made things move.”

“[LEGOs] are great for engineering, there’s all these little tiny parts that you can put together to make something that’s bigger,” Bretz said. “I can see how they are built, and I don’t have to take it apart to understand it.”

LEGOs have not only had an impact in Jack’s interest in mechanics, but also helped him build himself into the person he is today.

“I have ADD (Attention Deficit Disorder),” Bretz said. “A lot of things online say that people with ADD have a hard time focusing on some things, but can focus on other things really easily, and I feel like engineering is something I can focus on really well. They call it hyperfocus, and it’s things that I’m really interested in I can focus on for 15 hours at a time; I could not eat or drink, and I can keep focusing on the same thing for longer amounts than normal people, as long as I’m interested in it.”

Dealing with ADD has helped teach Jack confidence, as he learned that it didn’t affect his intelligence.

“Mostly my freshman year, a lot of the reason why I was quiet was because I thought I was stupid, which I feel was enforced by other people and not only me. After I found out I had ADD, I kind of felt like it wasn’t all my fault, even though it partially is,” Bretz said. “After that, I got motivated to do better, and ever since then, my grades have risen a lot, and I’m not as hurt by [ADD] anymore. It’s kind of just a normal thing that I know how to deal with.”

Jack also found his voice and gained confidence to talk to people through Speech and Debate.

“Through Speech and Debate, I started talking to more people and found my voice, and found how to be more comfortable speaking in front of people than I was before,” Bretz said. “ I’m not scared to be me and to talk to other people.”

High school taught Jack many valuable lessons that he will hold on to for the rest of his life.

“There’s so much I would tell [my freshman self, but], I would probably say to not be scared and not be shy, and to enjoy freshman year. To not be dumb and do dumb stuff, pay attention, focus, and not listen to what other people say,” Bretz said.

Jack will attend Fullerton Junior College in the fall, with an interest in studying mechanical engineering. The confidence Jack has gained despite adversity in high school will carry through to college and beyond.