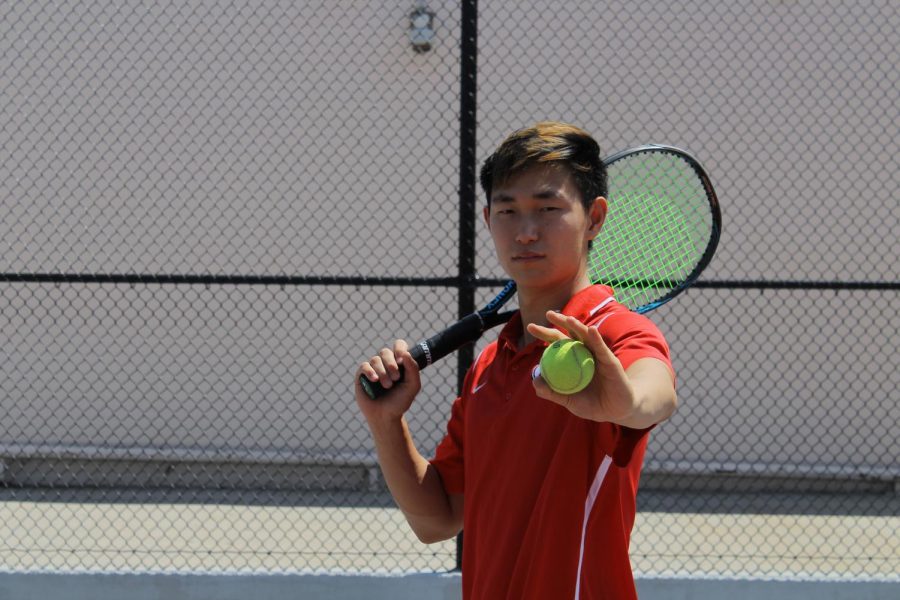 From volunteering at church every Sunday, assisting at the local nonprofit Solidarity every summer, joining the leadership team for Jesus Club, co-founding CHOC club, to playing tennis all four years, Ryan Chang has impacted both his community and school.

“I think it’s really valuable to be involved because when you kind of just go through the motions in high school and you don’t really reach out, don’t try new things, and don’t step out of your comfort zone I think that’s just a waste of time and resources,” Chang said.

“High school, to me, is a time where things are more or less laid back and relaxed, and you have more opportunities to explore and find out what you enjoy doing and what you don’t enjoy doing. And, for me, participating in on and off campus activities has shown me that I really like working with children, and I feel that’s something I even want to do as a profession.”

Ryan plans on attending UCLA this fall to study psycho-biology, to pursue a career as  a pediatrician or child psychiatrist. His dedication to serve and help others has become one of his many aspirations for the future.

“In the future I want to start a non-profit organization because I was a part of that during high school. I realized how much of an impact a company like Solidarity can have on people, even if it was just small things,” Chang said. “I believe it’s really important to reach out and help your community. If I have the time and resources later on, I will definitely want to start an organization to help those in need.”

His childhood and guidance from his parents shaped Ryan’s work ethic.

“That was a special moment to me because tennis is very challenging as I just started playing freshman year. Other people have been playing since they were really young and they’re a lot better than me, so its always been difficult going up against them,” Chang said. “Achieving first team all league was a confident booster, and it was great to do something I saw was special to me by placing top 5 in our league for singles.”

Aside from tennis, Ryan enjoys working out, playing with his dog Charlie, playing piano, teaching himself guitar, and writing music.

“I really enjoy writing music because I realized writing music isn’t as hard for me [as it is] compared to other people; for me words just come out naturally and I don’t have to think about it that much. I always resort to that when I’m bored or when I’m going through a tough time. Writing music helps me get out all the tension that I have,” Chang said.

Ryan’s advice for his peers is to be independent in their decisions and not worry about what other people think about them.

“I’ve dealt with this issue personally for a while and specifically sophomore year while playing basketball. I played it all my life and it was the only sport I knew, but I realized freshman year I didn’t enjoy playing it anymore. Basketball’s viewed as one of the ‘cool’ sports in high school, so I was afraid of being judged for quitting and transferring to only playing tennis. My dad loved watching me play so he didn’t want me to quit, but I felt I didn’t have a true reason or purpose for why I was playing,” Chang said.

Ryan encourages everyone to not be afraid of other people’s’ judgement.

“Don’t be afraid of other people judging you. You can be whoever you want to be and you don’t have to worry about if people disapprove your decisions or not. You know what’s best for you and if that’s what you believe is best then that is what you should go with,” Chang said.

Ryan is thankful for his time at FUHS and looks forward to continuing his schooling now as a Bruin.